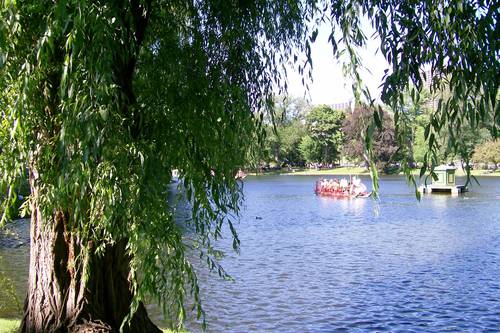 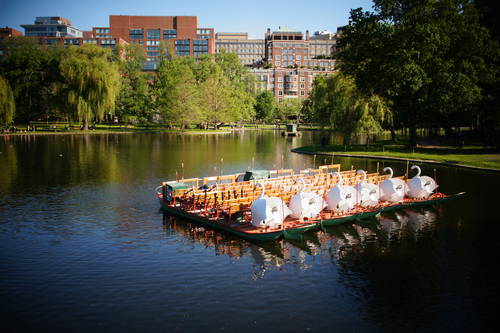 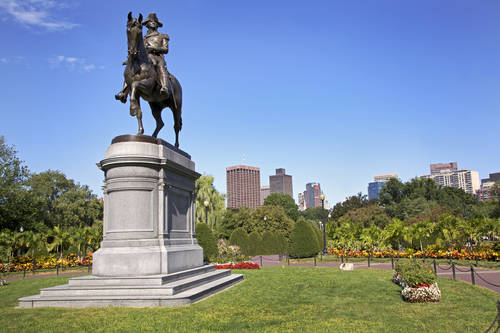 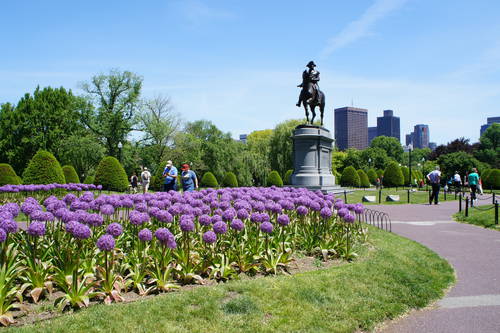 AAA/Maria White
4 Photos
AAA Editor Notes
Public Garden is bounded by Boylston, Charles, Beacon and Arlington sts. This lovely park opened to the public in 1837 and is believed to be the oldest public botanical garden in the country. A striking equestrian statue of George Washington at the Arlington Street entrance—one of several sculptures and memorials—welcomes visitors to this urban green space, a tranquil oasis in the middle of bustling downtown Boston. On practically any given weekend (and most weekdays), provided the weather's agreeable, it's filled with strollers, picnicking couples and the occasional street musician.

The Public Garden and adjoining Boston Common form the northern portion of the Emerald Necklace, a string of parklands designed by Frederick Law Olmsted. Weeping willows, tulip and cherry trees, elms and oaks stand amid green lawns and winding, bench-lined pathways. Seasonal flower beds add splashes of color, with the Public Garden at its most glorious at the height of spring.

In early May, the mayor welcomes a pair of female swans to the park; the oft-photographed duo resides here through October. Since 1877, Swan Boats have leisurely paddled tourists around the garden's central lagoon, sharing the water with quacking mallard ducks. Another famous feature is the procession of eight bronze, winged babies following their mother, statues that celebrate Robert McCloskey's beloved children's story “Make Way for Ducklings.” The babies, their heads frequently adorned with bonnets, are favorite sitting places for little kids.