About AmesburySettled in the 1640s and incorporated in 1668, Amesbury began as a farming community, but by the mid-1800s, the city had evolved into an industrial leader, turning out everything from textiles to bricks to machine-made nails. It also was well-known for manufacturing quality carriages.

One of its other claims to fame was the Merrimac Hat Co., a major mass producer of trimmed hats and hat bodies. If the weather is obliging, rent a boat or a Jet Ski and explore the Merrimack River. Along its banks are the old Merrimac Hat Co. buildings, converted into condominiums in 2000. Though they no longer house soft felt fedoras or brimless beanies, from the outside, the brick structures look much as they did when the plant operated from the mid-1850s to the early 1970s. Fishing and swimming are allowed on the waterway—which starts in Franklin, N.H., and ends in Newburyport—with public boat access and a number of marinas on Merrimack Street.

At the core of the city's industrial heritage, the vital Powow River today boasts the Riverwalk, a multipurpose trail affording picturesque views along the former Boston & Maine Railroad bed. Free parking is available at both ends of the scenic corridor, which extends south from downtown Amesbury—where you can stroll a waterfront historic district encompassing many of the community's erstwhile mill sites—to the Carriagetown Marketplace off SR 110.

In 1872 townspeople constructed a dam on the Powow River to exploit the muscle of this natural resource, thereby forming 80-acre Lake Gardner. An automobile entrance to the Lake Gardner beach area is on High Street. Or, drivers can take South Hampton Road to Battis Farm, which is part of the Powow River Conservation Area. Bordering the eastern edge of the lake, the conservation area offers numerous foot trails. From the southern end of Lake Gardner, hike north and traverse a 75-foot-long elevated boardwalk to access the Stage Coach Trail. Paths branching off to the east take you to Powow Hill, the highest point in the county. From this vantage point, to the northeast, you'll see New Hampshire's seacoast region and the southern tip of Maine; face south to sneak a peek at charming Ipswich.

Before a day spent enjoying Amesbury's outdoor retreats, head to nearby Cider Hill Farm on Fern Avenue to pick your own fresh fruits and vegetables. The 145-acre farm is less than a mile north of the junction of South Hampton Road and Market Street (SR 150). Their season begins in early June, when you can nosh on plump strawberries (which usually are available at the farm through July 4). Or, sample peaches, plums and nectarines between late July and early October. Plus, more than 50 varieties of apples are grown in Cider Hill's orchard. Their apple-picking season starts in mid-August and typically ends sometime in November; phone (978) 388-5525. 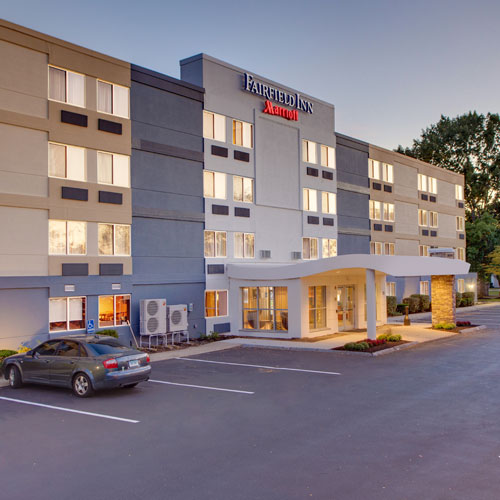