About AthensIf Atlanta were able to produce a child, Athens would be its name. Venerable heritage spiced with a contemporary vibe? Check. Antebellum homes that epitomize the “Old South”? Check. Home to a beloved institution of higher learning? Check. A healthy interest in the arts? Check. A hip music scene? Definitely check.

But like all children, Athens also has its own distinctive identity. You could call it the prototypical “college town,” since the University of Georgia (UGA) sets the tone for a lot of what happens here. UGA games are big social events, college kids hang out at downtown watering holes, and the city’s musical rep is largely driven by the kids as well; in 2003 Rolling Stone anointed Athens the nation’s No. 1 college music town.

Athens’ actual birth goes back much further, though. It began as Cedar Shoals, a tiny trading settlement that arose where an old Cherokee trail crossed the Oconee River. In 1785 the Georgia General Assembly granted a charter for a state-supported college, paving the way for the University of Georgia. Classes began in 1801, 5 years before the city of Athens—named in honor of ancient Greece’s center of higher learning—was incorporated.

As dignified Federal homes rose up around the new campus Athens assumed the mantle of intellectual center of Georgia, and its cultured social life led prominent families to relocate. It played only a small role as a supply center during the Civil War, but as a result escaped the ransacking that was wrought on Atlanta. But like many other Southern towns, Athens has a Confederate memorial; it’s downtown on Broad Street near the University of Georgia Arch.

The arch, at the corner of Broad Street and College Avenue, was modeled after the arch on Georgia’s state seal, and you’ll see it depicted on everything from T-shirts to university staff business cards. The three columns represent wisdom, justice and moderation. School legend maintains that freshmen who walk under the arch will not graduate, a jinx attributed to one Daniel Redfearn (class of 1910), who vowed not to walk under the wrought-iron gateway marking the main entrance to the campus until he had a diploma in hand. The young man kept to his word, and the unofficial tradition has continued.

Of course UGA’s football team, the Georgia Bulldogs, is the source of much hometown pride. On New Year’s Day in 1981 the team, led by Heisman Trophy winner Herschel Walker, defeated Notre Dame in the Sugar Bowl, clinching the 1980 NCAA National Championship. “Uga,” the university’s bulldog mascot, is based on a long line of English bulldogs. Uga V even tasted fame; he made the cover of Sports Illustrated and appeared in the movie “Midnight in the Garden of Good and Evil.”

Spend some time wandering around downtown and you’ll see reminders of the past. Athens was the wartime home of the Cook and Brother Armory, which manufactured infantry rifles, artillery and the double-barreled cannon. This unusual Civil War relic was intended to maximize damage to the enemy by firing two balls joined by a chain. During the cannon’s only firing the barrels failed to fire simultaneously, and it’s said that a cow and a cabin were the unfortunate targets when the cannonballs went their separate ways. It stands on the grounds of City Hall, 301 College Ave. (you can’t miss the building’s distinctive green-scaled dome).

A real oddity is “The Tree That Owns Itself,” in a residential neighborhood at the corner of Finley and Dearing streets (a block south of Broad Street). William H. Jackson, on whose property this white oak stood, deeded ownership of the land to the tree within 8 feet on all sides in order to protect it. Technically, however, it’s the offspring of The Tree That Owns Itself, since the original tree was either felled by a violent windstorm in 1942 or succumbed to disease and finally toppled after a long period of decline (historical accounts differ). The current tree has grown from one of its parent’s acorns and stands in the same spot. Unlike its neighbors, it doesn’t have to pay property taxes.

Dogwoods, cherry blossoms and daffodils—there’s nothing like spring in the rolling piedmont of northeastern Georgia, and it’s Athens’ loveliest season. The Piedmont Gardeners Garden Tour, sponsored by the Piedmont Gardeners garden club, visits several private city gardens on the third Saturday in April, rain or shine. Tickets are $15 in advance, $20 the day of the tour, $10 for students with ID; for details phone (706) 357-4430. Everyone gets their groove on at the AthFest Music and Arts Festival in late June. Bands jam during the day on outdoor stages and at night in the clubs, and there also are film screenings, an artisans’ market and activities for kids.

Gen. William Tecumseh Sherman’s infamously destructive “March to the Sea” fortunately bypassed Athens, so many of the mansions built by antebellum-era Athenians still stand. The city is sprinkled with historic districts, and a good way to get in touch with this heritage is to take a tour. Pick up maps and ask about suggestions for self-guiding walks at the Athens Welcome Center, 280 E. Dougherty St. The center is an informative stop if you’re a first-time visitor.

Greek Revival antiquity isn’t what this city’s all about, though; it has a major reputation for music, especially indie rock. The local scene got its start in the ’70s, when bands began playing at house parties and the presence of the university guaranteed hip audiences. The B-52’s, a self-described “tacky little dance band from Athens, Ga.,” was the first to hit the big time, riding new wave’s commercial popularity with quirky rave-ups like “Rock Lobster” and later “Love Shack,” their biggest hit.

Athens’ other big success story is R.E.M., whose members worked in Athens and attended UGA. They started out locally, but by the mid-’80s R.E.M. was one of the most popular college rock bands in the country, and their jangle pop sound—itself heavily influenced by ’60s forebears the Byrds—has been extremely influential. Their success put Athens on the map and gave exposure to other local outfits like Pylon and Love Tractor. More recently, Athens bands like the Drive-By Truckers have added a dose of country rock to the musical mix.

Self-guiding ToursBrochures and maps detailing a walking tour past historic homes are available at the Athens Convention and Visitors Bureau and at the Athens Welcome Center, 280 E. Dougherty St.; phone (706) 353-1820 or (866) 455-1820. The center is in the Church-Waddel-Brumby House Museum, a Federal-style house built in 1820. A driving tour brochure outlining the Antebellum Trail also is available. The trail covers seven communities along a 100-mile stretch from Athens to Macon.

ShoppingDowntown Athens offers an ideal environment for relaxed browsing: several compact, pedestrian-friendly blocks of tree-shaded streets lined with shops. Specialty retailers sell jewelry, fashion, gifts and books. The Native America Gallery (195 E. Clayton St.) has all kinds of interesting items, including jewelry with tiny preserved flowers set in silver. Wuxtry Records (197 E. Clayton St.) has tons of new and used CDs and records, and the staff really knows their stuff (this is Athens, after all).

And stop by The Clubhouse (157 College Ave.) for any and everything UGA and dawg-related.

NightlifeThe Globe (199 N. Lumpkin St. at Clayton Street) has been an Athens hangout for more than 2 decades. It has a big brass bar and a mural behind the bar that’s something of a travelogue of the world’s great beverages. Comfy sofas and rocking chairs will make you want to linger. The selection of beers, wines and single malts is extensive, and the kitchen whips up good soups, salads and sandwiches. This bar gets crowded on weekends.

Lots of people—many of them famous—have played the 40 Watt Club (285 W. Washington St.) since it opened in 1978, and this is still the best venue in town to see up-and-coming local bands as well as indie and alternative acts that tour the club circuit. The Georgia Theatre (215 N. Lumpkin St.) is the landmark of Athens’ storied music scene and books all kinds of acts from bluegrass to country rock to quirky singer-songwriters; it’s a good place to catch local and regional musicians. Its rooftop bar also offers live music. Flagpole, a free weekly available at many shops, restaurants and clubs, has all the music, arts and events information you need.

Things to Do Classic City Tours

The Georgia Museum of Art

State Botanical Garden of Georgia at the University of Georgia 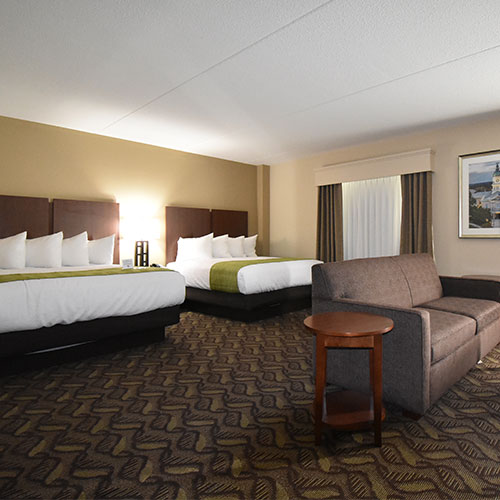 AAA members who register and stay between February 15 and May 9, 2021 at any Best Western® branded hotel in the United States, Canada or the Caribbean will get one $25 Best Western Gift card for each night you stay, up to 4 nights. 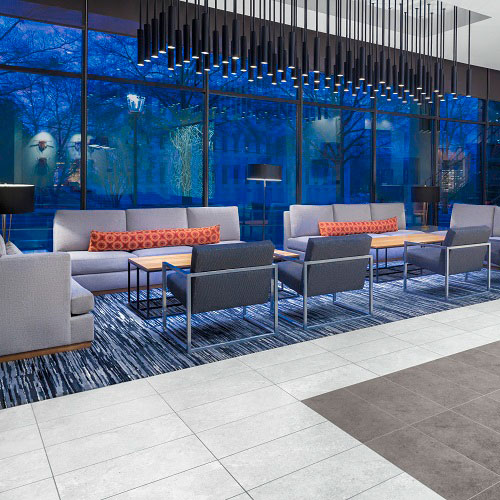