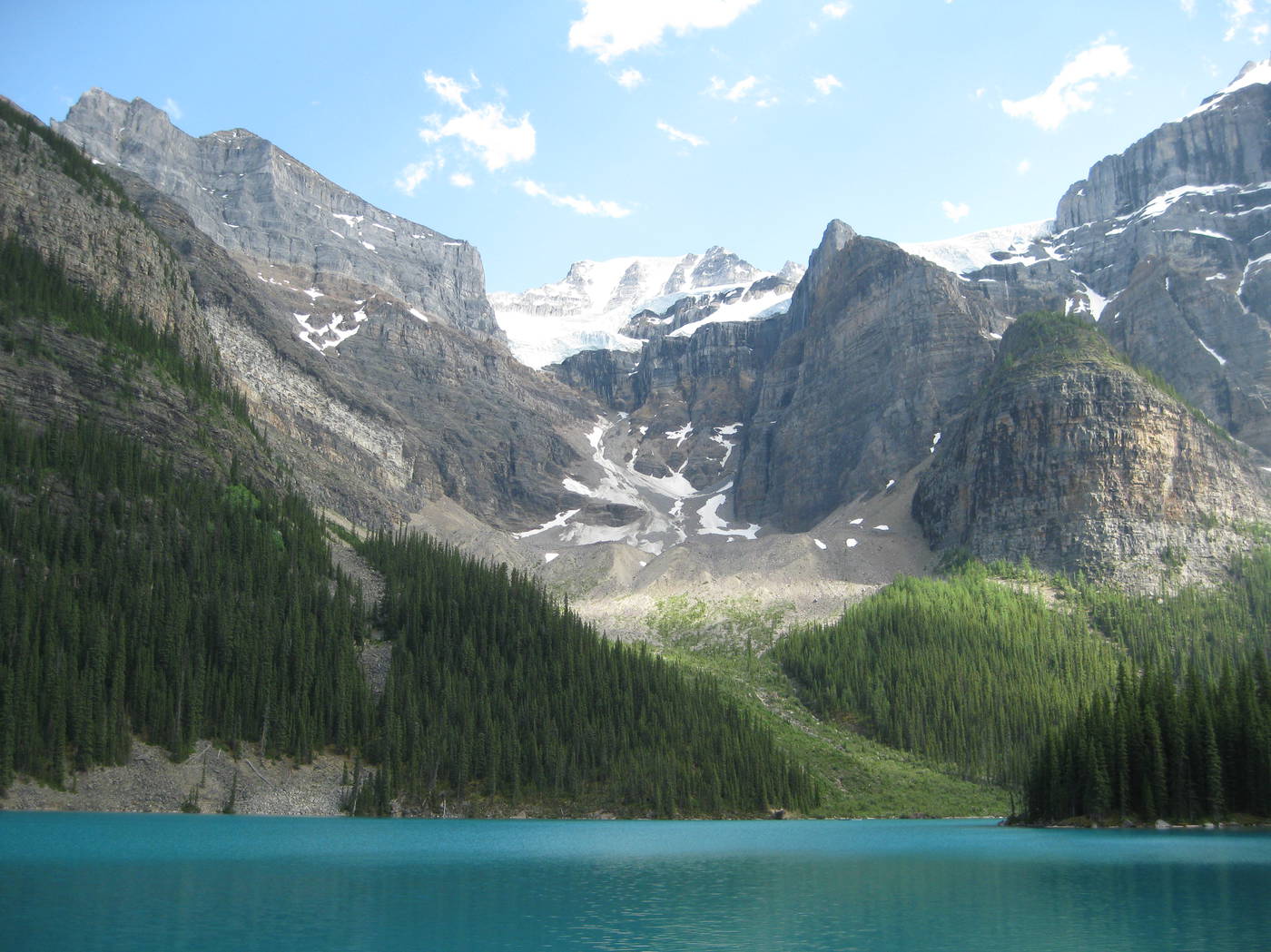 Those Famous Lakes in Banff National Park Although most national park lakes are serenely scenic, those in Banff National Park are particularly camera-friendly. To be sure, their photogenic nature is due, in part, to the grandeur of their surroundings. But there's something more that sets these bodies of water apart. Regardless of their location, size, shape or depth, all glacial lakes in the park share one thing in common—an extraordinary, off-the-chart blue-green hue. 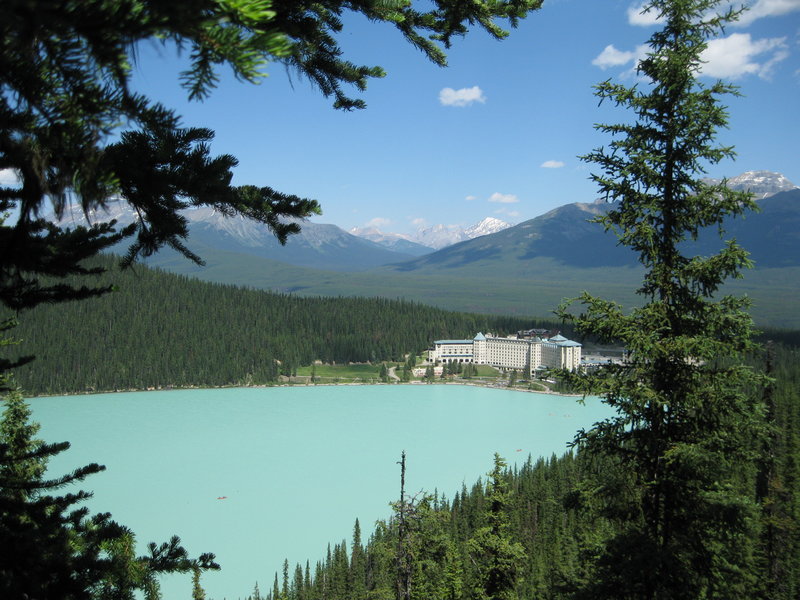 AAA/Frank Swanson
The reason for this amazing color is rock flour, a term familiar mainly to geologists. Rock flour is the inevitable result of glacial activity, and Banff certainly has its share of glaciers. When glaciers move, particles of rock mixed in with the ice are ground to a fine debris-like consistency. As the glacier melts, its icy water flows into the lake, taking with it this powdery “rock flour,” which remains suspended in the lake's water. As sunlight hits the water, only the blue-green part of the color spectrum is reflected off the sediment, giving the lakes their brilliant color.

The emerald-blue color of the water varies from lake to lake and with the season. In spring, before the glacial flow begins, the water appears bluer. As rock flour flows into the lake with the glacial melt, the color takes on a range of blue-green shades that vary from a light aqua to an intense teal, depending on the amount of particles in the water. Four of the most well-known glacial lakes in the national park— Lake Louise and Moraine, Peyto and Bow lakes—are prime examples of this phenomenon.

Lake Louise, the most visited of this quartet, was known as the “lake of little fishes” by the Stoney people. The Fairmont Chateau Lake Louise and its handsomely manicured gardens (one of the fun places to go near Lake Louise) are at one end of the lake; Mount Victoria and Victoria Glacier provide the backdrop on the opposite side. 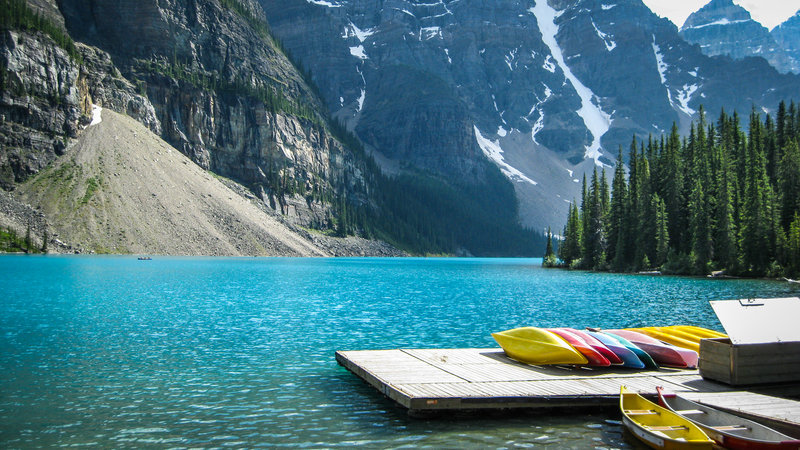 AAA/Frank Swanson
Half the size but still rivaling Lake Louise in beauty is nearby Moraine Lake , rimmed by the glaciated Valley of the Ten Peaks. In fact, a famous photo of the lake was on the back of Canada's $20 bill for many years. The accuracy of the lake's name, though, is the subject of a long-standing debate; many scientists believe that a rockslide, not a moraine, contains the lake's water. 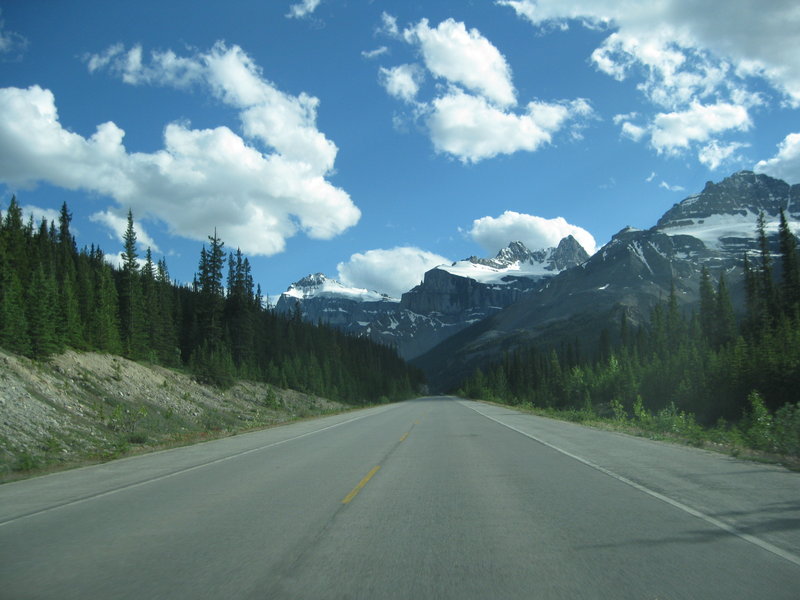 AAA/Frank Swanson
Just north of Crowfoot Glacier is Bow Lake, which can be seen from the Icefields Parkway (Hwy. 93) . The lake is the headwaters of the milky green Bow River, which runs through the village of Banff east to Calgary, merges with other rivers and eventually reaches the Atlantic Ocean.

Just off the Icefields Parkway, at the top of Bow Pass, a short paved trail leads to an overlook with breathtaking views of Peyto Lake and Peyto Glacier in the distance; interpretive signs along the way identify the trees that grow at this elevation. The lake is named for colorful Ebenezer William “Bill” Peyto, a late 19th-century trail guide, trapper, outfitter and early park warden.

For help planning your trip and finding vacation packages for Banff National Park and its lakes, contact your AAA travel agency.