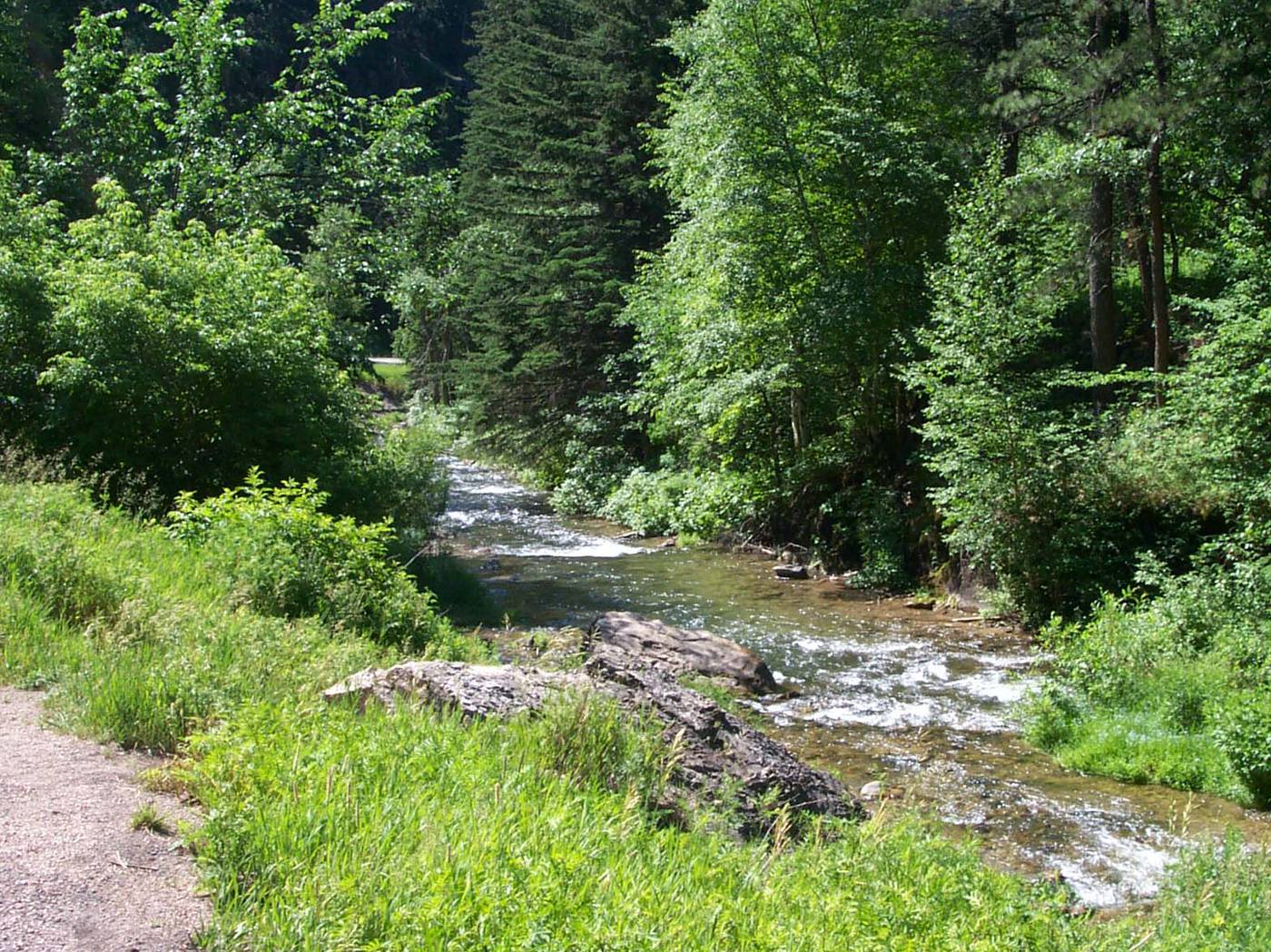 Black Hills in 3 DaysThree days is barely enough time to get to know any major destination. But AAA travel editors suggest these activities to make the most of your trip to the Black Hills of South Dakota.

With the Black Hills covering roughly 5,000 square miles, you'll need a car to fully appreciate all this area has to offer. Trek across its sprawling expanse to discover Native American traditions honored in Rapid City, ice age specimens preserved in Hot Springs, and a fiery Wild West alive and well in Deadwood. Hearts soar with pride at Mount Rushmore National Memorial—one of man's most spectacular achievements—while the dazzling organic handiwork safeguarded at Jewel Cave National Monument easily stops two-legged visitors in their tracks.

Day 1: Morning Travel Destinations You have a lot of ground to cover over the next few days, so get an early start on Day 1. Watch the sun rise over craggy peaks and evergreen-mottled hills, then make the trip to Crazy Horse Memorial , just north of downtown Custer City . Lakota chiefs and sculptor Korczak Ziolkowski first dedicated this monument to Native Americans in 1948; half a century later, the stately face of Crazy Horse was unveiled. Though Korczak passed away in 1982, the proposed 563-foot-high equestrian carving remains a work in progress, with second-generation Ziolkowskis continuing to etch this artistic vision into the mountainside. The memorial's visitor complex includes exhibits and other things to do.

Day 1: AfternoonAfter stopping at the visitor complex, take a short ride north to Hill City for an early lunch at the Alpine Inn , one of the most popular local restaurants. 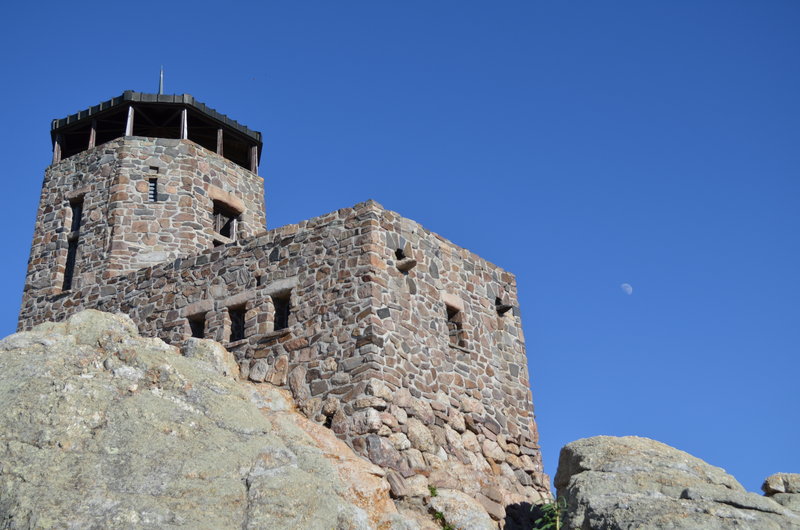 flickr/James
All aboard! Depart Hill City in 19th-century style and travel to Keystone on the 1880 Train . Restored steam locomotives chug past remnants of once-bustling settlements, the sight of which will have you imagining miners and rough-and-tumble pioneers of yesteryear. During the 2-hour round-trip journey you'll also catch glimpses of Black Elk Peak , the highest point in South Dakota.

Though natural marvels abound in the Black Hills (the Needles Eye, Wonderland Cave and Petrified Forest of the Black Hills are but a few of the top things to see), garnering the most attention in these parts are four granite giants fashioned by dynamite and hammers rather than wind and water. Scattered beneath the colossal heads of Mount Rushmore National Memorial each year are millions of tiny, upturned faces—some solemn, others jubilant but every last one spellbound. Paying a visit to Mount Rushmore is one of the top things to do in the Black Hills.

Watching over the Black Hills, this quartet of American greats—George Washington, Thomas Jefferson, Theodore Roosevelt and Abraham Lincoln—surveys swells of sweet-smelling ponderosa pine largely thanks to the vision and perseverance of one: sculptor Gutzon Borglum. At the Rushmore Borglum Story in Keystone you'll learn about a complex man who contemporaries described as arrogant, stubborn, temperamental and, of course, brilliant. 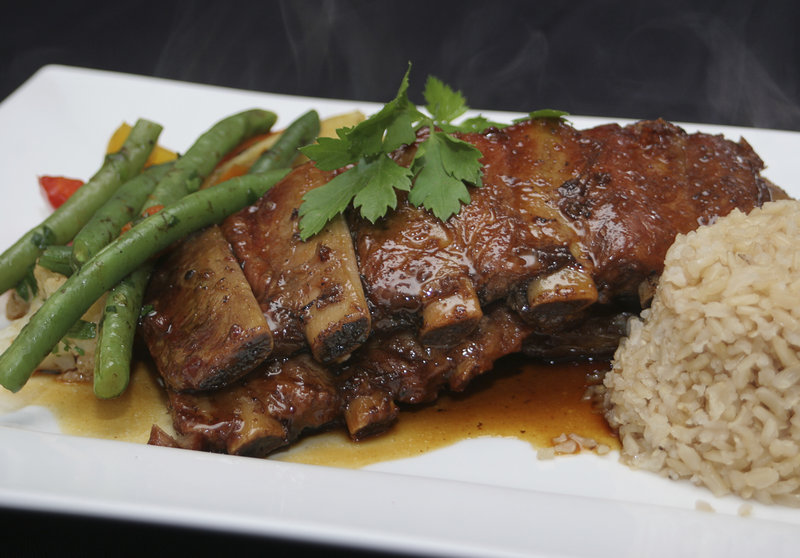 Day 2: MorningStudy the behavior of 20 North American species at Bear Country U.S.A. , a 250-acre drive-through wildlife park on the outskirts of Rapid City. From the comfort of your own vehicle, watch black bear frolic, bighorn sheep graze, and buffalo, ahem, roam. At the end of the 3-mile route, get out and stretch your legs at Babyland, a fur-filled playpen where enthralled humans coo and inquisitive cubs muck about.

Just north of Bear Country U.S.A., Reptile Gardens shelters creatures of the cold-blooded variety. Since its opening in 1937, the attraction has acquired an impressive collection of reptiles and amphibians—purportedly the world's largest. But, up-close encounters with alligators, cobras, crocodiles, pythons and Gila monsters aren't the only draw at Reptile Gardens. (The tip-off is right in the name!) A verdant oasis awaits you in the Sky Dome, home to orchids, bromeliads and caladiums as well as a variety of desert plants, including rare cacti.

Day 2: AfternoonYou'll find plenty of casual spots to relax and refuel in Rapid City , one of the largest communities in the Black Hills. Sample the quiche Florentine or the cilantro fish tacos at Enigma Restaurant inside Rushmore Hotel and Suites, BW Premier Collection .

In addition to fine eateries, Rapid City harbors several points of interest highlighting the region's past. Our favorite is the Museum of Geology , a South Dakota School of Mines and Technology venue housing nearly 350,000 fossil, rock and mineral specimens. More geological and paleontological exhibits reside at The Journey Museum and Learning Center , which also showcases Native American art and artifacts. If you're visiting Rapid City in early October, attend the Black Hills Powwow to appreciate tribal culture outside the gallery walls. The grand event features an array of competitions, vendors and educational activities and attracts dancers, singers and drum groups from nearly 60 different tribes.

Day 2: EveningHop in the car and spend the evening in Deadwood , roughly 45 minutes northwest of Rapid City. Pay your respects to such Western legends as Calamity Jane and Wild Bill Hickok at Mount Moriah Cemetery (Boot Hill) , open daily until 6 p.m. Even if you're not fond of shadowy graveyards, don't saddle up the horses just yet. In this feisty town, there are plenty of fun things to do to keep you busy after dusk (and well past the witching hour).

While the promise of riches lured starry-eyed gold prospectors to Deadwood in the 1800s, this Old West holdout continues to entice fortune seekers with a profusion of frontier-themed gaming establishments. Try your luck at such 24-hour joints as Cadillac Jack's Gaming Resort , Deadwood Gulch Gaming Resort , Tin Lizzie Gaming Resort and Gold Dust Casino . Or, bring your poker face to the Midnight Star for a few rounds of blackjack. If the chips run low, check out the movie memorabilia lining the walls. Owned by actor/director Kevin Costner, the Midnight Star displays costumes from such films as “Dances with Wolves” (the bulk of which was shot in South Dakota), “Silverado” and “Wyatt Earp.”

Since there's probably not enough time to visit both of these inspiring subterranean sites today, choose one and get there early to beat the crowds. Each of the caves is accessible via a ranger-led guided tour, and tickets for tours—distributed on a first-come, first-served basis—can go quick, especially during the summer. (Tour information is available for Jewel Cave visitors; phone (605) 673-8300.)

Day 3: AfternoonFamished after this morning's underground adventure? If you ventured to Jewel Cave, squelch hunger pangs at the Blue Bell Lodge Dining Room . Gorge on their beer-battered onion rings and gravy-soaked buffalo meatloaf, then treat yourself to a hot fudge sundae for dessert. The rustic log building is in Custer State Park , a 71,000-acre domain boasting gorgeous scenery and diverse fauna. Hike through elk stomping grounds; fish for trout at lakes Legion or Sylvan; or mountain bike between Badger Hole and historic French Creek, site of the first Black Hills gold discovery.

Day 3: EveningCloser to Wind Cave National Park (about 13 miles south) is Hot Springs , known for its warm mineral waters. Continue on to The Mammoth Site and examine the in-situ (left-as-found) bones of Columbian mammoths and other ice age beasts protruding from an ancient sinkhole.

Before the sun retreats beneath the horizon, traverse the curvy Needles Highway Scenic Drive . Photo ops of majestic rock formations hemmed in by pine and spruce and backed by rust-colored skies abound, so plan on making a few pit stops. In addition to the spectacular scenery, sharp turns and frequent crossings by mountain goats, bighorn sheep, turkey, bison and deer make the 14-mile tour anything but a cursory jaunt. The route cuts through Custer State Park.