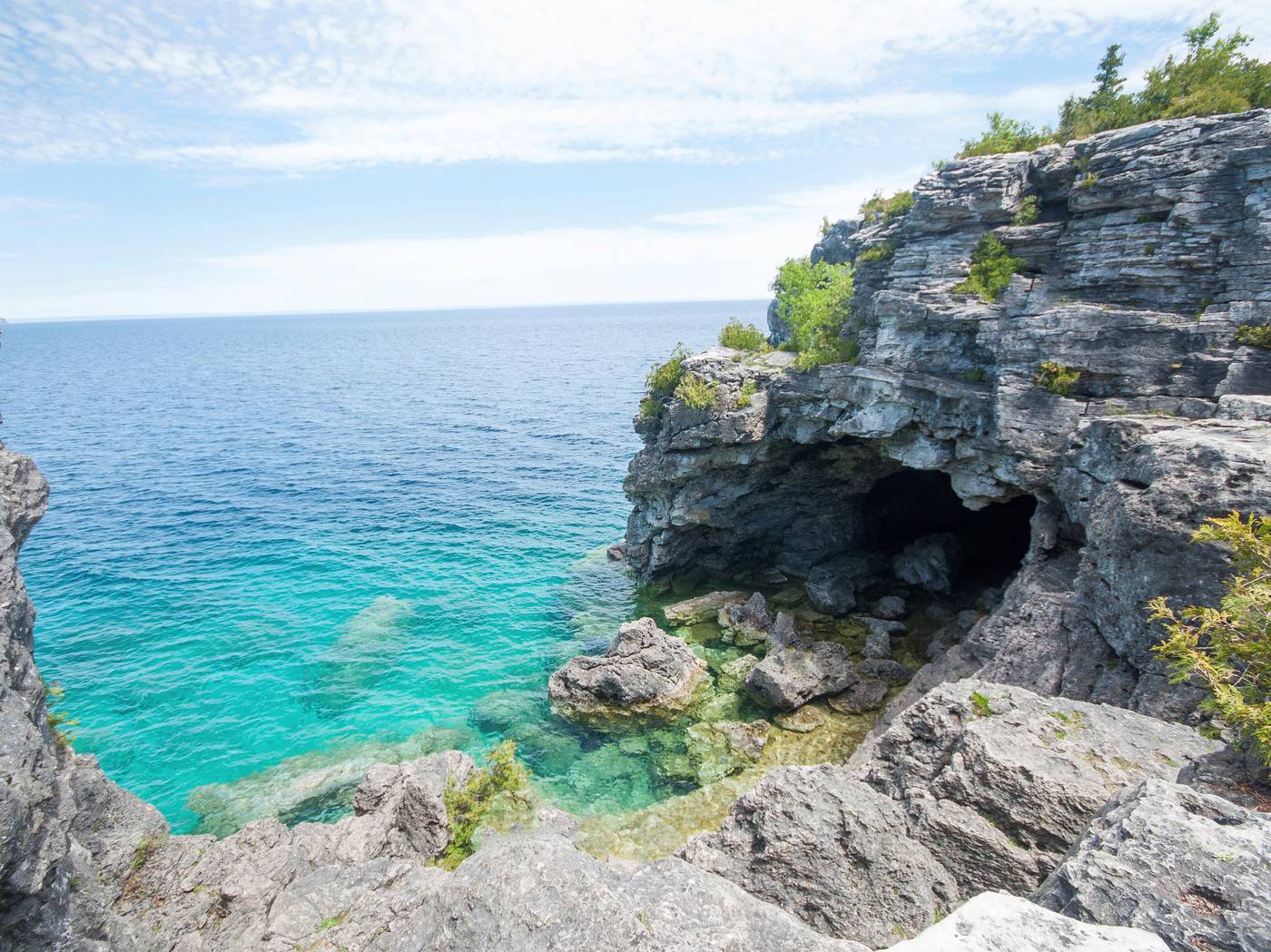 The waters of Georgian Bay have carved the escarpment into a spectacular series of overhanging cliffs and caves that form the park's eastern border. At the western edge of the peninsula the park assumes a different face as the terrain slides gently into Lake Huron in a series of marshlands, shallow inlets and sand dunes.

Between the rocky headlands of Georgian Bay and the gentler strand along Lake Huron are a diversity of habitats—cedar swamps, woodlands and rocky barrens. It is this diversity that nurtures the peninsula's rare abundance of orchids, one of the finest displays in eastern North America. About 40 species are found, along with wildflowers and ferns.

Traversing the park is the Bruce Trail, which weaves its way through cedar and birch forest as it skirts the cliffs along Georgian Bay. Trails from the Cyprus Lake area, that begin near the park's major campground, intersect with the Bruce Trail at several places.

Some of the geological highlights along these trails include bioherms, or ancient coral reefs, and the dramatic, sculpted features of Indian Head Cove and Natural Arch along the bay. Close viewing might uncover such orchid varieties as rattlesnake plantain and ladies' tresses, or the fossilized remains of corals, shellfish and other sea creatures.