About CamdenThe site of William Cooper's ferryboat operation on the Delaware River in the 1680s grew into a city well-established in industry and transportation, especially after becoming the terminus for the Camden & Amboy Railroad in 1834. Yet echoes of the city's shipbuilding past remain ever-present.

Port facilities along the deep, broad Delaware River led to a boom in shipbuilding during World Wars I and II. The first nuclear-powered merchant ship, the Savannah, was built in Camden. On the cultural side, poet Walt Whitman—whose unfettered, subjective style revolutionized poetic expression in the mid-19th century—lived his last years in Camden. The tomb of the good gray poet is in Harleigh Cemetery on Haddon Avenue.

Things to Do Adventure Aquarium 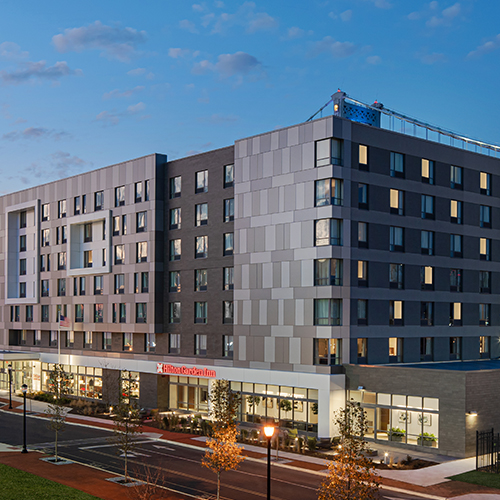