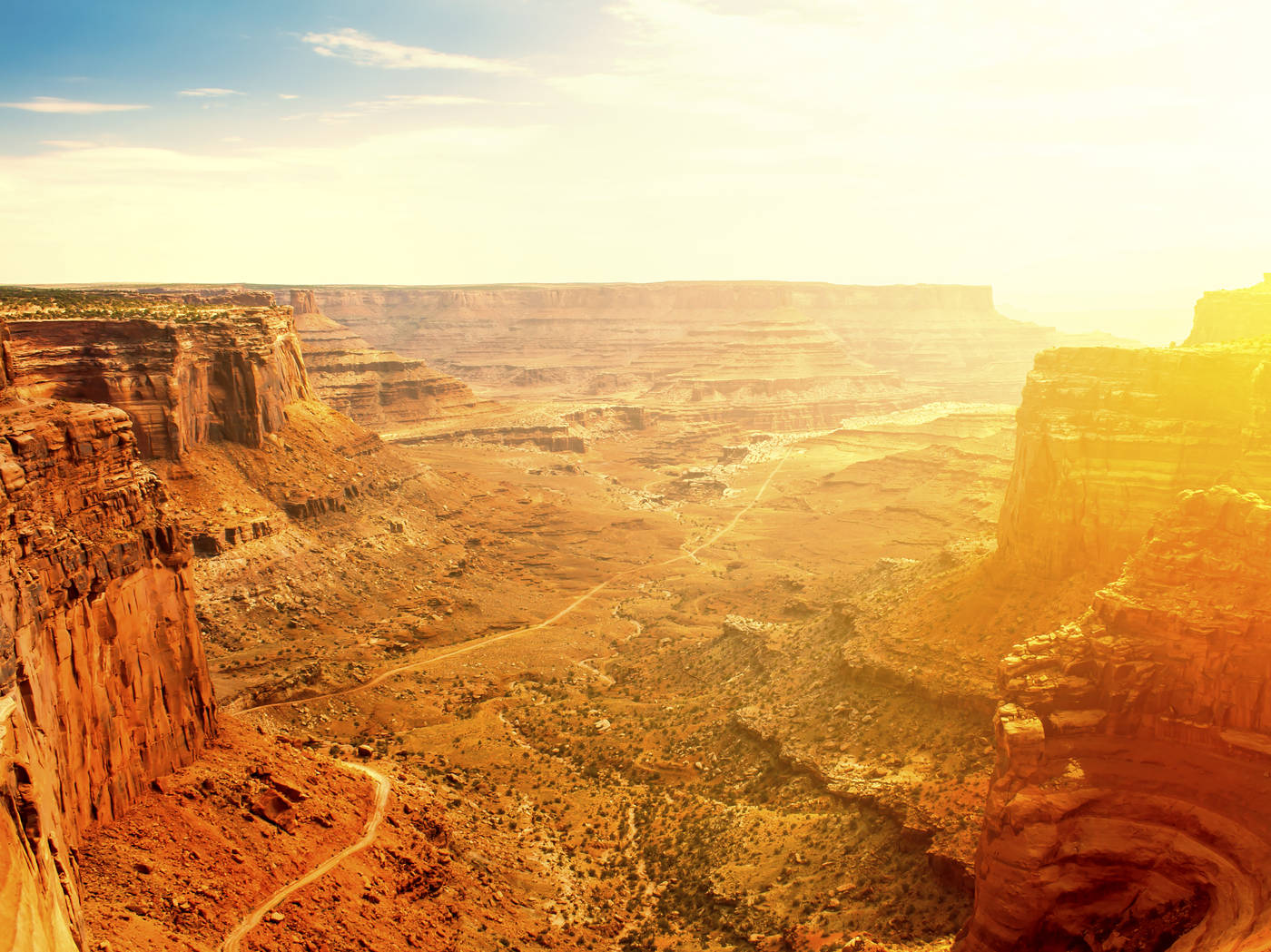 About Canyonlands National Park In southeastern Utah, Canyonlands National Park encompasses deeply eroded canyons interspersed with sheer-sided mesas and a variety of spires, arches and unusual rock formations. The Green and Colorado rivers join and continue in a series of powerful rapids through the multicolored recesses of Cataract Canyon. The confluence of the two rivers divides the park into three districts reached by separate access routes. 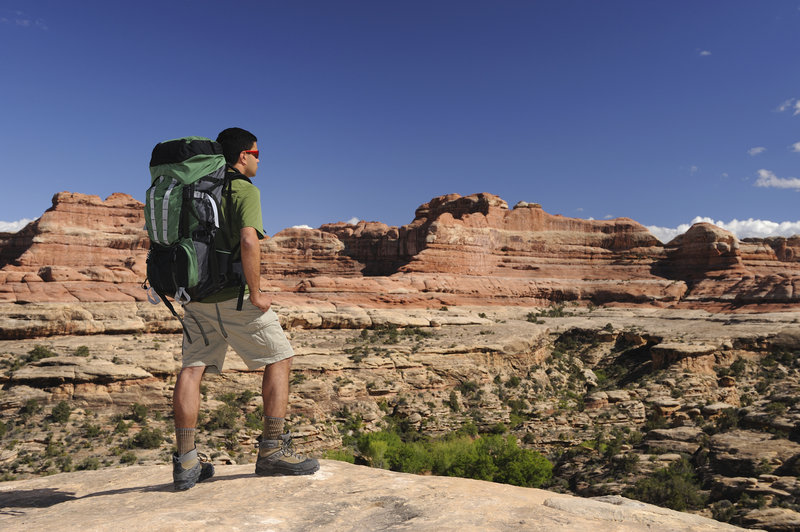 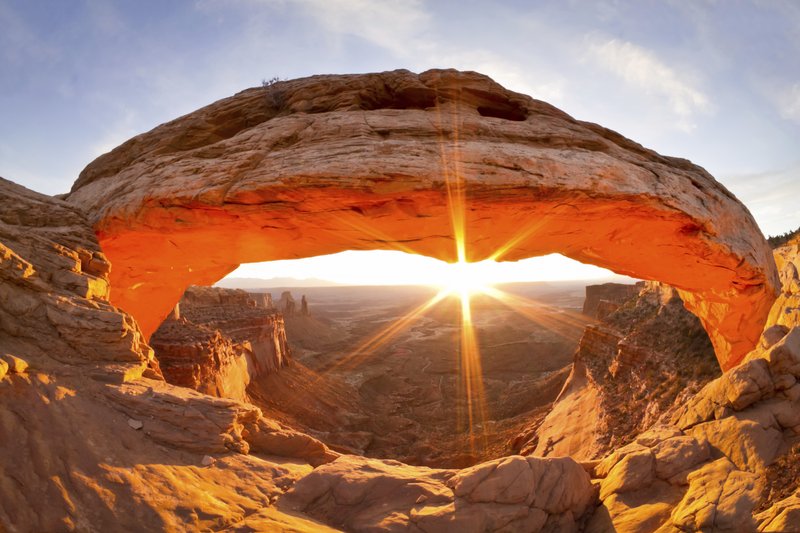 Robert Ingelhart/iStockphoto.com
Island in the Sky, the northernmost district, is a huge, level mesa featuring Upheaval Dome and Grand View Point. Southeast of the rivers' junction lies the Needles District, where multicolored rock spires overshadow meadowlands and parklike areas. The Maze District, a remote and rugged section at the western edge of the park, encompasses the Land of Standing Rocks, the Maze and Horseshoe Canyon. The Native American pictograph panels in this area are considered to be among the finest in North America.

General InformationAlthough much of the park is backcountry territory, Canyonlands provides paved roads to several of its most scenic areas. The entrance roads to the Needles and the Island in the Sky districts are fully paved, as are the park roads to Grand View Point and Upheaval Dome. The road to the Maze District is passable to high-clearance two-wheel-drive vehicles in good weather conditions; most of the roads within the park are limited to high-clearance four-wheel-drive vehicles. Water is not available in most areas.

The park has many opportunities for backcountry hiking and travel by four-wheel-drive vehicle, mountain bike, horse, canoe, kayak or white-water raft. Permits for overnight backcountry travel must be obtained at a ranger station, visitor center or by mail. River permits for any overnight canoe, kayak or white-water excursions must be obtained from the national park office in Moab or by mail at least 2 weeks in advance. Phone (435) 259-4351 for information about land- or water-based tours.

Local tour services provide a variety of guided jeep, air and river tours; many of these services operate out of Green River and Moab.

Brochures, maps and park information can be obtained at the Island in the Sky Visitor Center daily 8-6, Memorial Day-Labor Day; 9-4, day after Labor Day-Dec. 31. The Needles Visitor Center is open daily 8:30-4, July 4 weekend-late Aug.; 8-5, late Aug. through Oct. 31. The Hans Flat Ranger Station in the Maze District is open daily 8-4:30, year-round. Visitor centers may have extended hours in summer and are closed on some federal holidays. Guided walks are available during the summer, and evening programs are offered in spring and fall.

ADMISSIONADMISSION is $30 (per private vehicle); $25 (per person arriving by motorcycle); $15 (per person arriving by other means). Generally, the above fees permit entrance to the park for 7 calendar days from date of purchase. Annual local passes are available for $55 (per private vehicle) and permit entrance into Canyonlands and Arches national parks as well as Natural Bridges and Hovenweep national monuments. The Backcountry camping fee is $30.

PETSPETS are permitted only if on a leash, crated or otherwise physically restricted at all times. Pets are not allowed in the backcountry, on trails, or in or along rivers within the park.

Things to Do Island in the Sky Visitor Center