Best Attractions in Cape CodIn an area with dozens of attractions, you may have trouble deciding where to spend your time. Here are the highlights for this destination, as chosen by AAA editors. GEMs are “Great Experiences for Members.”

While you're on Cape Cod, a land of pristine white beaches and charming coastal villages, indulge in activities embracing the area's seafaring heritage. Start by visiting the Woods Hole Oceanographic Institution's Exhibit Center , where you can explore Alvin, a deep submergence vehicle. Take a tour of one of the marine labs, where staff members are happy to answer questions about ongoing marine studies and the curious vessels used in the search.

After you've received an explanation about the science of what lies beneath, view some of the ocean's most popular residents. The antics of mischievous pinnipeds at Beachcomber Seal Watching in Chatham will put a smile on your face. You'll travel the waters of Pleasant Bay in search of harbor and gray seals, encountering numerous shore birds along the way.

Hyannis Whale Watcher Cruises provides an opportunity to observe these graceful creatures feeding, diving, breaching out of the water with magnificent splashes—and sometimes lifting their heads above the water to see their watchers, a practice called spyhopping. Naturalists provide insight into the whales' behaviors as state-of-the-art vessels move to spots known for frequent sightings. Although you'll likely see dolphins frolicking in the waves off Provincetown on a cruise with Dolphin Fleet Whale Watch , their specialty is whale watching. In addition to observing such species as the harbor porpoise and white-sided dolphin, you may glimpse 40-ton behemoths such as humpback, finback, right and minke whales.

History adds to the mix of interesting places to visit on the cape. Explore two 18th-century homes and a hand-pegged barn at Falmouth Museums on the Green . Vintage clothes, period furnishings, an 1800s doctor's office and a Colonial kitchen provide insight into early Falmouth life. The restored Captain Jonathan Parker House, the Cammett House and four interconnecting boat sheds are the focus at Osterville Historical Museum . After perusing wooden catboats and other maritime artifacts, you can stroll through Colonial and herb gardens and learn about early boat-building techniques.

West Parish of Barnstable is said to be the country's oldest congregational church building. You'll recognize this landmark by the rooster atop its stately white steeple—legend has it that colonists evaded the king's taxes by shipping wine from England inside the ball of the weathercock. The Atwood House Museum rests in what may be Chatham's oldest house. During his hiatus from sea in 1752, Capt. Joseph Atwood built the house, typical of early Cape Cod structures except for its unique gambrel roof. Take a tour of the sink room where laundering was done, the “borning room” where births took place, a cooking kitchen and a formal parlor.

In need of a few kid-enticing endeavors? Head over to Cape Cod Children's Museum in Mashpee. A pirate ship, a puppet theater and a planetarium capture the imagination (and attention) of wee ones.

The Woods Hole Science Aquarium provides a fun learning environment, with the main gallery displaying 16 large tanks teeming with ocean life. Touch tanks provide a hands-on experience, while an outdoor seal pool never fails to impress, especially during feedings. You might get a chance to see endangered sea turtles held for rehabilitation in preparation for release. If you can, catch the weekly children's show at the Cape Cod Melody Tent in Hyannis. This tent theater hosts many of the cape's concerts, but kids are king on Wednesday mornings for an array of captivating plays and circus events.

The cape is the perfect place to relish the great outdoors, and several sites provide that opportunity. East Sandwich's Green Briar Nature Center & Jam Kitchen offers a peaceful sanctuary on the shores of Smiling Pool. Amble along one of the interpretive nature trails, or visit a colorful wildflower garden bordered by a shady locust grove and a tranquil meadow. Scenic trails at Mass Audubon's Wellfleet Bay Wildlife Sanctuary present an array of wildlife habitats ranging from salt marshes to pine groves. After your hike, you can take a break in the nature center's hummingbird and butterfly garden.

With 100 acres of landscaped beauty, the AAA GEM Heritage Museums & Gardens in Sandwich has many delightful surprises in store. If you're visiting from Memorial Day weekend to early June, you'll see thousands of blooming rhododendrons along the wooded paths; the daylilies start to blossom in mid-July. Sign up for a horticulturist-guided tour of the grounds, which also include an intriguing labyrinth and a restored windmill.

An appealing assortment of Cape Cod museums may lure you indoors for a while. At Brewster's Cape Cod Museum of Natural History , you can peruse displays about marine life, learn how glaciers formed the cape some 20,000 years ago or gaze into tanks holding turtles, crustaceans, fish, frogs and other coastal inhabitants. Attend a lecture or workshop on selected natural history topics, or trek the museum's meandering nature trails for a little fresh air.

The John F. Kennedy Hyannis Museum provides an inside perspective into the days JFK spent on the cape. Photographs record Kennedy relaxing with family, playing football and sailing. Walter Cronkite narrates a video about the 35th president's life at Hyannisport and his passion for the coastal environment.

Pilgrim Monument & Provincetown Museum focuses on the arrival of the Mayflower and explores the town's maritime and theatrical heritage. Museum displays allow you to envision a 19th-century sea captain's ship quarters and home parlor as well as the Provincetown Player's first theater. The monument itself, perched majestically atop High Top Hill, symbolizes the pilgrim's first landing in 1620.

Observe glass blowers in action at the Sandwich Glass Museum , a AAA GEM attraction. It's fascinating to watch molten glass blown and pressed into a work of art—you might even get to participate in this practice during a 20-minute demonstration that occurs on the half-hour. Sandwich is renowned for its status as a 19th-century glassmaking center, and the museum's 5,000 pieces aptly represent the most stunning creations the profession has to offer. 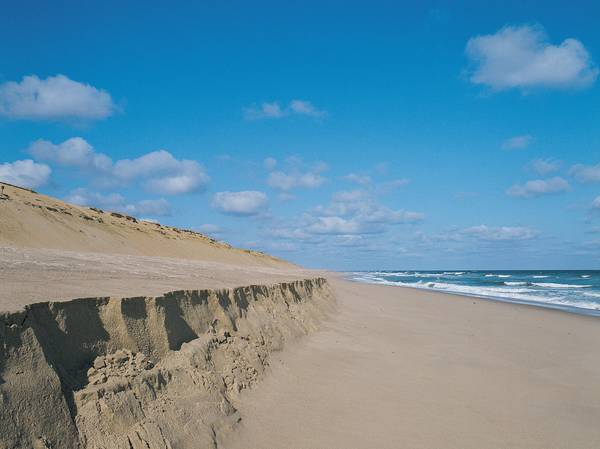 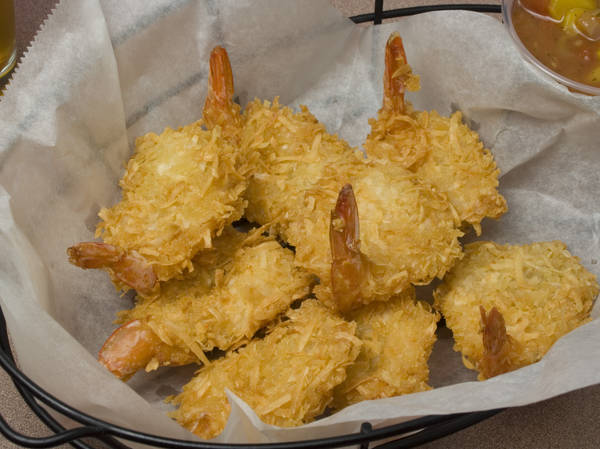 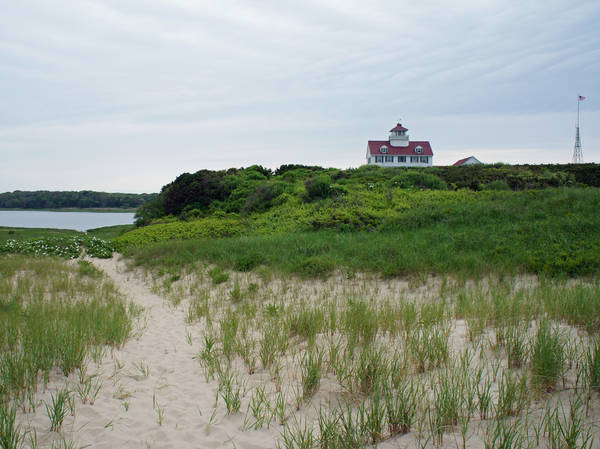 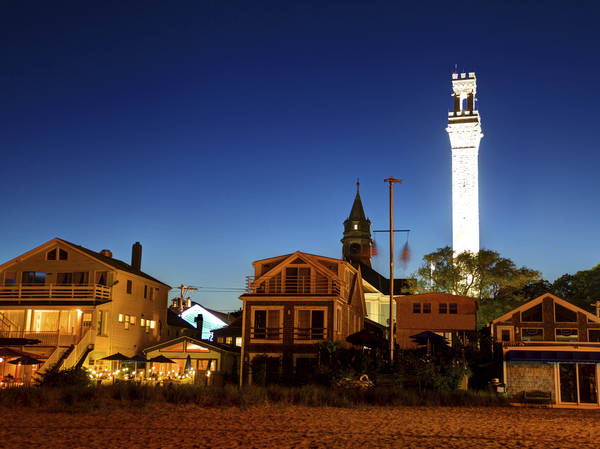 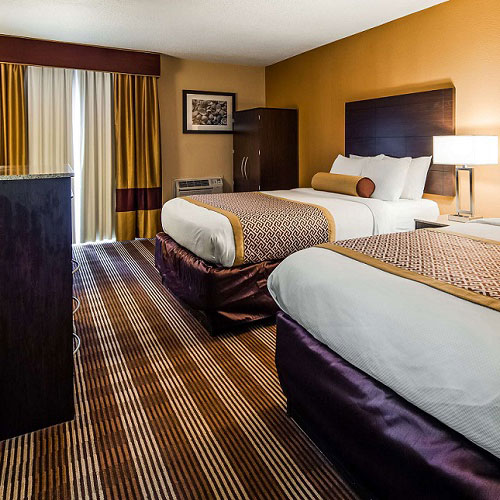 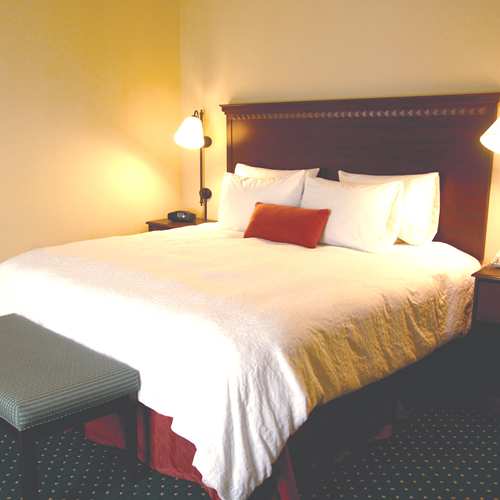