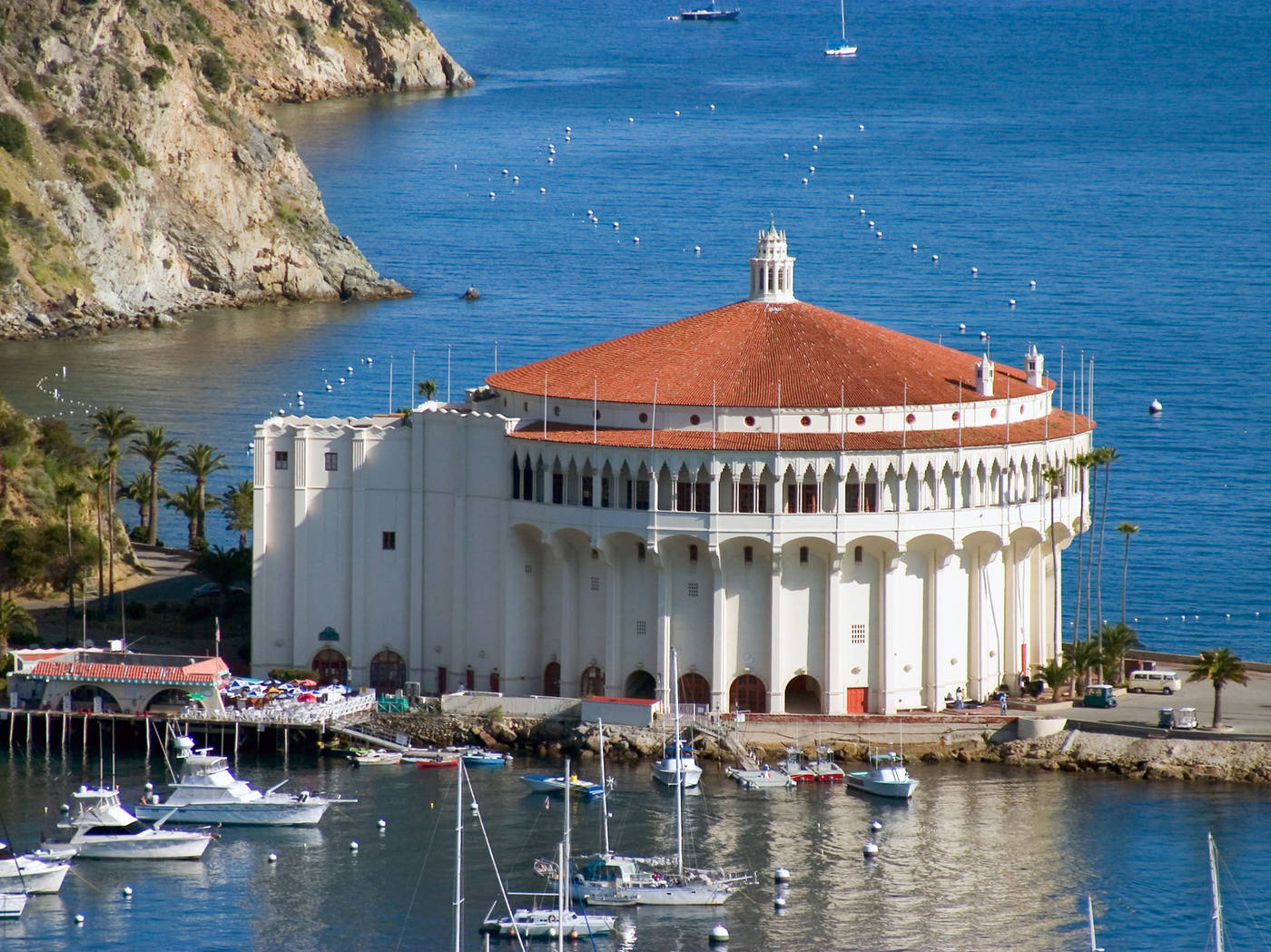 About Catalina Island Twenty-two miles from the mainland, Catalina Island is 21 miles long and 8 miles wide, with Avalon the principal town. The settlement of Two Harbors at Catalina's isthmus is about three-fourths of the way toward the island's northwest end. Although Gabrielino Indians settled the island circa 500 B.C., it was not discovered by Europeans until 1542, when Juan Rodríguez Cabrillo found it during his search for the mythical passage between the Atlantic and Pacific oceans. During its Spanish-Mexican period, Catalina was used as a smuggling and piracy base.

Santa Catalina Island Co., originally owned by the Banning family and later by chewing-gum magnate William Wrigley Jr., was responsible for all phases of the island's development as a resort and sport fishermen's paradise. In 1972 the Catalina Island Conservancy was established as a nonprofit organization dedicated to the preservation of the island's native flora and fauna and geographical features. The conservancy now owns 88 percent of the island and maintains much of it in its present undeveloped state.

The island can be reached by sea and air. Channel crossing time by sea ranges from 60 to 90 minutes, depending upon the point of departure and the transportation provider. Service is provided by Catalina Express , (800) 613-1212, departing from three mainland locations: San Pedro, Dana Point and downtown Long Beach (along the waterfront next to the Aquarium of the Pacific). The Catalina Flyer, (949) 673-5245 or (800) 830-7744, departs from Newport Beach.

One of the leading resorts in the Los Angeles area, the island has fine beaches, tennis courts, hiking, camping, a golf course and deep-sea and pier fishing. It is, however, a fragile environment. Cars are restricted; bicycles and golf carts can be rented for use around Avalon. Permits must be obtained from the Catalina Island Conservancy, (310) 510-2595, for bicycling and hiking in the interior. Only tour buses and cars with permit stickers are allowed outside the Avalon area.

Things to Do Catalina Adventure Tours