About CheboyganThis industrial and resort city is surrounded by some of Michigan's largest lakes. Mullett Lake and Burt Lake, both noted for bass and muskellunge, are part of the historic inland waterway. The waterway became a major transportation link in the late 19th century after a lock was built at Cheboygan. Traffic consists of pleasure boaters, who can still cruise as far as Conway.

One of the Great Lakes' largest cattail marshes, a nesting site for 54 bird species, can be viewed from a boardwalk in Gordon Turner Park at the north end of Huron Street. The park is also home to the Crib Lighthouse. The Mackinac Bridge and Round and Bois Blanc islands can be seen from the boardwalk and from the nearby fishermen's walkway.

Another lighthouse can be seen at 606 Water St.; the 1870 Cheboygan River Front Range Lighthouse is being restored to its 1920s appearance and can be visited weekends from Memorial Day through Labor Day.

Things to Do History Center of Cheboygan County 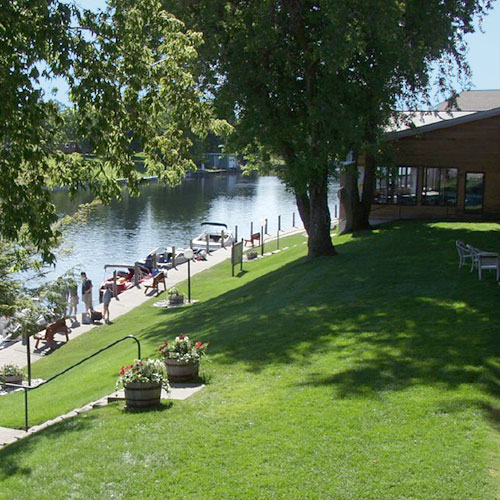