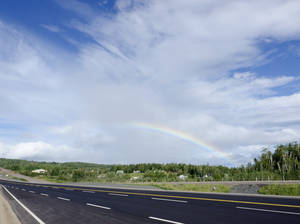 About ChurchillChurchill, on the shore of Hudson Bay, is Canada's northernmost subarctic seaport. It also is the site of the Hudson's Bay Co.'s Prince of Wales Fort National Historic Site, a partially restored ruin across from Churchill and Cape Merry Battery at the mouth of the Churchill River. Built over a period of 40 years during the 1700s to hold as many as 400 soldiers, the impressive stone fortress housed only 39 untrained men when three French warships mounted a surprise attack in 1782. The fort's governor wisely surrendered without engaging in battle.

After spending 3 unsuccessful days trying to demolish the 12-metre-thick (40-ft.) outer walls, the French abandoned the fort; it was never occupied again. The site is accessible by boat July through August (weather and tides permitting).

The area around Churchill holds an attraction for two giant mammals: the polar bear and the beluga whale. In fact, the Churchill region is said to have the greatest concentration of accessible polar bears in the world. Having spent the winter hunting on the frozen bay, the bears come to shore south of Churchill as the ice melts, scatter along the coast and up to 50 kilometres (31 mi.) inland, and then return to the ice in autumn when the bay refreezes. Beluga whales are often sighted off the coast of Cape Merry during July and August.

Other natural features include flowers, arctic plant life, various wildlife and some 200 species of birds, which nest or pass through Churchill on their annual migrations. An excellent spot for bird-watching is Bird Cove, on the coast 16 kilometres (9 mi.) east of Churchill. The aurora borealis (northern lights) seen from Churchill during the fall and winter months are among the most brilliant in the world.