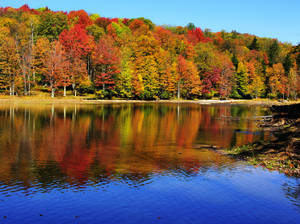 About ClarksburgFrom 1861 until the first battle of Bull Run, Clarksburg was the headquarters for Gen. George B. McClellan. It also served as a Union supply depot throughout the war. Gen. William E. Jones' Confederate cavalry passed through in 1863 on the raid that destroyed military points on the B & O Railroad.

Clarksburg was the birthplace in 1824 of Gen. Thomas J. “Stonewall” Jackson, hero of the Confederacy. The site is marked by a bronze plate at 326-328 W. Main St. An equestrian statue of Jackson is on the northeast corner of the Court House Plaza. The military leader spent most of his boyhood 20 miles south at Jackson's Mill.

More than 100,000 visitors come to Clarksburg over Labor Day weekend to join in the merriment of the West Virginia Italian Heritage Festival. The 3-day street festival features name entertainment, traditional Italian foods, a pasta cook-off, a children's area, a parade and a bocce tournament.

ShoppingMeadowbrook Mall, off I-79 exit 121 at Bridgeport, has JCPenney among its stores.