About Clear LakeFor some baby boomers, the north-central community of Clear Lake is the place where music died. On Feb. 2, 1959, Buddy Holly, Ritchie Valens and J.P. “The Big Bopper” Richardson performed before a sold-out crowd of 2,000 in the Surf Ballroom. Shortly after takeoff on a flight to Moorhead, Minn., for another concert, their plane crashed, killing them and their pilot. A record player spindle sculpture honors the trio in Three Stars Plaza near the Surf Ballroom. In early February fans from around the world remember “The Day the Music Died” during the Buddy Holly Festival.

Things to Do Lady of the Lake 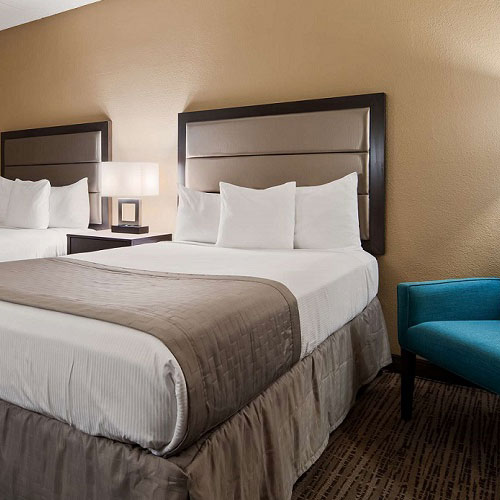