from port city to cultural center

From Port City to Cultural Center In 1796 surveyor Moses Cleaveland picked his townsite on Lake Erie. By 1832 the Ohio and Erie Canal was completed, and Cleaveland, the northern terminus, had doubled its population. Over the next 10 years it grew by almost 500 percent. It also acquired a trimmer name when The Cleaveland Gazette and Commercial Register had to drop a letter from its masthead.

During the 1800s Cleveland was an important stop on the Underground Railroad. The city's port provided a route to freedom across the Canadian border for slaves fleeing the South.

With the canal came Cleveland's first wave of immigrants, the backbone of its labor force. The city transformed from a bustling port to a shipping and industrial giant. The Civil War halted the city's progress, but the subsequent demand for iron spurred new growth.

From 1910-20 Cleveland was the country's second largest center for automobile production. Behind this growth were great industrialists like John D. Rockefeller, the world's first billionaire.

The city is headquarters for more than 20 major corporations—including American Greetings Corp. and The Sherwin-Williams Co.—and many smaller companies. Case Western Reserve and Cleveland State universities as well as The Cleveland Clinic, which administers some of the world's most advanced medical treatments, are other intellectual highlights.

Visit some of Cleveland's neighborhoods. The Historic Warehouse District offers dining and entertainment with a backdrop of 19th-century architecture. Little Italy is a charming area with places to eat, bakeries and art galleries. The Flats East Bank, a riverfront area once known for heavy industry, is now a mixed-use district with office, dining, entertainment and residential space along with a public park and an extensive riverfront boardwalk.

Progressive Field, occasionally called “the Jake” after the original name of Jacobs Field, and the adjacent Rocket Mortgage FieldHouse, homes of the Cleveland Guardians and Cleveland Cavaliers, opened in 1994. The Cleveland Browns moved to Baltimore in the late 1990s but returned in 1999 to play at the Cleveland Browns Stadium (now FirstEnergy Stadium), reenergizing the city's dedicated fans.

Last but not least, remember that Cleveland rocks! Rock stars of the past and present are immortalized in The Rock and Roll Hall of Fame, which resides in a modern I.M. Pei-designed building on the shore of Lake Erie. 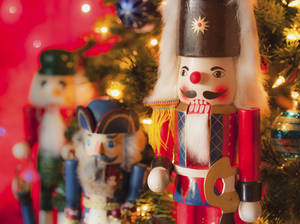 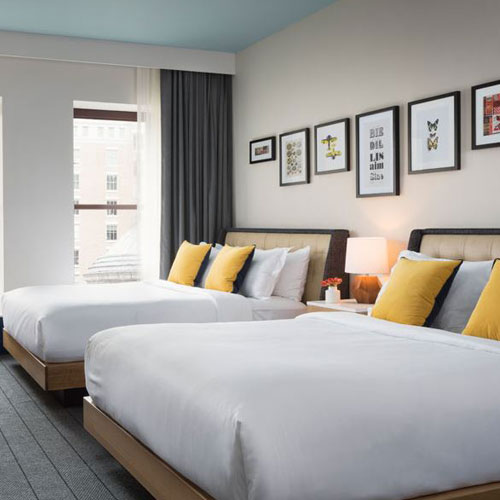