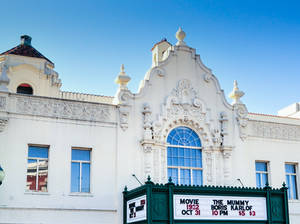 About ClintonOriginally named Surrattsville for John Surratt, who was appointed the town's postmaster in 1854, Clinton is off SR 5 (Branch Avenue) southeast of Washington, D.C.

John Wilkes Booth stopped at the Surratt residence after he assassinated President Abraham Lincoln. Accused of involvement in Booth's crime, Mary Surratt was found guilty by the military commission responsible for the alleged conspirators' trial and hanged. The debate over Mary Surratt's connection with Lincoln's assassination still rages.

His Lordship's Kindness, a Georgian mansion built in 1787, is on a 132-acre horse farm at 7606 Woodyard Rd. It has been the home of many dignitaries and is furnished with a variety of antique and reproduction pieces. Tours of the mansion and grounds are available by appointment; phone (301) 856-0358.

Things to Do Surratt House and Museum

TownePlace Suites by Marriott at Joint Base Andrews