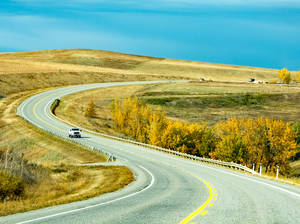 About CochraneCochrane—named for Sen. Matthew Henry Cochrane, who began the first large-scale cattle ranch in the area in the 1880s—is known locally for its homemade ice cream, made by the same family since 1948; hang gliding; horseback riding; and canoe trips down the Bow River. Stoney First Nations Reserve, 16 kilometres (10 mi.) west on Hwy. 1A, was the filming site of several movies, including Arthur Penn's “Legends of the Fall” and “Little Big Man,” and of the television series “Lonesome Dove.”

Downtown Cochrane's Western-style architecture provides a backdrop for local arts and crafts and specialty shops. Of particular interest is Studio West, a foundry and art gallery where visitors can view the 3,000-year-old sculpting technique known as the “lost wax” process.

Also noteworthy is the town's “Trust” mural, on display at The Cochrane RancheHouse at 101 RancheHouse Rd. A montage of small paintings, the collective work of nearly 200 artists, forms a large Western image of a cowboy and his horse. The mural is accessible Mon.-Fri. 8:30-4:30. Closed holidays.