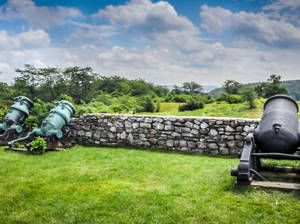 About DefianceDaniel Boone, 69 years old and heavily in debt, settled here in 1799 with his wife and some of their children. Defective titles had caused the loss of his land in Kentucky; good reports from one of his sons as well as promises of land grants and honors from the Spanish brought him to Defiance.

Boone received a grant of 845 acres and served 1800-04 as the syndic (judge) of the Femme Osage District, a position that gave him control of all civil and military matters. The great explorer died in Defiance a number of years after being forced to sell his land to satisfy his creditors in Kentucky.

Defiance serves as an access point to the Katy Trail, known for its scenery and historic legacy. The trail, which runs almost parallel to the Missouri River, is enjoyed by hikers and bicyclists alike.

Things to Do The Historic Daniel Boone Home at Lindenwood Park