About Dodge CityFittingly called the “Wickedest Little City in America,” Dodge City was a wide-open town during the late 1800s. Its infamous Front Street was one of the wildest on the frontier, with one well-stocked saloon for every 20 citizens. Cattlemen, buffalo hunters, soldiers, settlers, gunfighters, railroad men and mule skinners thronged the streets, to the delight and profit of the card sharks, brothel keepers and morticians.

Boot Hill Cemetery is named as such because many of its dead were buried with their boots on. Wyatt Earp and Bat Masterson were among the few able to control the city's lawless elements.

Dodge City began as a stopover on the Santa Fe Trail; wagon wheel ruts still are visible in the sod 9 miles west via US 50. By late 1872 the town was a station on the railroad. Buffalo hunting was intense in the area and the trading of hides, meat and ultimately bones brought considerable wealth to the town. By the time the buffaloes had nearly become extinct, bellowing herds of Texas cattle had become the primary source of income, and Dodge City became one of the largest cattle markets in the country.

While Dodge City's character has changed, its purpose has not. It remains a major cattle-shipping point and serves as a supply and trade center for a large wheat-growing region.

A look at the city's early days is provided by the mural that adorns the facade of the National Beef Packing Plant, southeast of town on SR 400. It is the work of muralist Stan Herd; another of his depictions can be seen at the Bank of America at 619 N. Second Ave.

Self-guiding ToursMore than 20 points of interest, including churches, monuments and buildings, are described in a free brochure distributed by the convention and visitors bureau. A recorded narrative to accompany the brochure can be rented for $2 (requires $8 refundable deposit) or purchased for $10. A driving tour features Fort Dodge.

Things to Do Boot Hill Museum and Front Street

Carnegie Center for the Arts 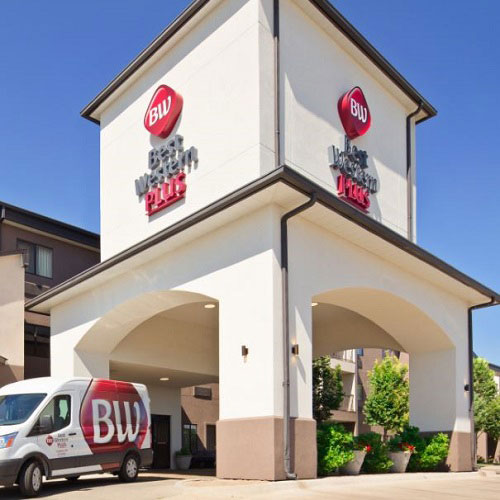