About DubuqueThe oldest city in Iowa, Dubuque is named for Julien Dubuque, a French miner who arrived in 1788. His land claim—The Mines of Spain—received formal recognition from the governor of Louisiana under the Spanish government. A monument to this first settler overlooks the Mississippi River from the south end of Julien Dubuque Drive.

Born almost overnight after the Fox Indians agreed to open the territory to settlers in 1833, Dubuque began as a boisterous mining town. Great wealth amassed from lead mining paved the way for the first bank and the first newspaper in Iowa. Later, lumbering brought not only prosperity but also the railroad, built upon logs floated down from the north. After devastating fires in 1894 and 1911, the lumber industry gave way to meatpacking and the production of heavy machinery.

Downtown at 4th and Main streets, Five Flags Center includes a restored Victorian theater built in 1910 by America's premier theater architectural firm, Rapp and Rapp of Chicago, and modeled after the Moulin Rouge in Paris. Five Flags Theater, formerly the Orpheum, witnessed such great performers as Al Jolson and Eddie Cantor during its vaudeville days. Today it is home to the Dubuque Symphony Orchestra. The 1890s Grand Opera House, which offers repertory productions and other entertainment, is home to the Academy of Ballet; phone (563) 588-4356.

In the Old Main Historic District many restored buildings are part of the commercial fabric. The old Dubuque County Jail building is one of the few surviving examples of Egyptian Revival architecture in the nation. Another highlight of downtown is the Town Clock, which has been tolling the hours since 1873. The Beaux Arts 1891 Dubuque County Courthouse, on Central Avenue at 7th Street, is built of limestone, brick and molded terra cotta, and crowned with a gold-leaf-covered dome topped by a 14-foot statue of Justice. Trolley rides offer glimpses of the city's architecture, with narrations describing its past; phone (563) 552-2896.

An 18-mile trail extension connects to the Riverwalk at the America's River complex, an ambitious riverfront development at the Port of Dubuque. Highlights include the National Mississippi River Museum & Aquarium, an amphitheater, a conference center and an indoor water park at the Grand Harbor Resort.

From a high ridge overlooking the Mississippi River, the 164-acre Eagle Point Park, off Rhomberg Avenue in the northeast corner of the city, affords a view of Wisconsin and Illinois and the General Zebulon Pike Lock and Dam No. 11, which is open for free tours Sunday at 2, Memorial Day through Labor Day. Open the first Saturday in May through the last Sunday in October, Eagle Point Park has picnic facilities, a sprinkler pool, a playground and tennis courts. Marshall Park, off 32nd Street, contains Dubuque Arboretum and Botanical Gardens.

Dubuque straddles US 52, which parallels the Mississippi River and winds through beautiful countryside between Sabula and Froelich. Sightseeing trips along the Mississippi River are offered by Celebration River Cruises June through October, weather permitting. Theme and all-day cruises depart from the Port of Dubuque; reservations are required. Phone (309) 764-1952 or (800) 297-0034.

ShoppingThe specialty stores of Cable Car Square, 4th and Bluff streets, offer antiques, collectibles, art and handicrafts in late 19th- and early 20th-century houses. The first Saturday in May through the last Saturday in October, handmade and homegrown products are offered until noon in the Farmer's Market at 13th and Iowa streets and November through April in the Winter Farmer's Market at 1101 Central Ave. Kennedy Mall, US 20W and Wacker Drive at 555 John F. Kennedy Rd., is anchored by Dick's Sporting Goods and JCPenney, and contains more than 60 specialty shops.

Things to Do Crystal Lake Cave 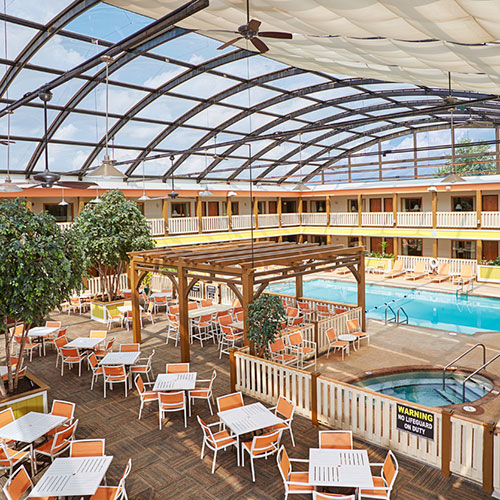 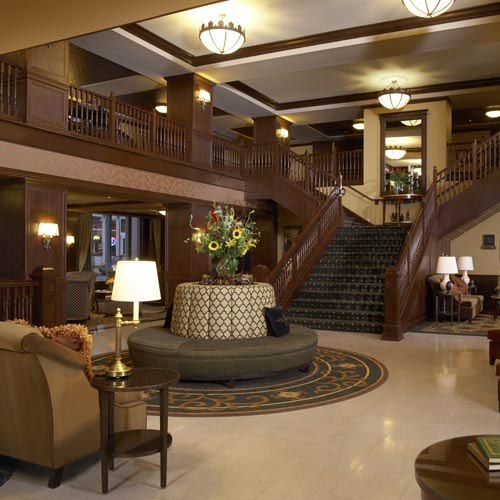