About EllensburgEllensburg, situated in the middle of the Kittitas Valley, is noted for its cattle ranches and farms raising hay, corn and other crops. The valley once was considered a neutral area where the otherwise hostile Wenatchee, Nez Perce and Yakama Nation tribes hunted and fished together in peace.

After the Northern Pacific Railroad built its transcontinental line through the valley in 1886, farming expanded and Ellensburg boomed, becoming so prosperous that in 1889 it was a serious contender for the state capital. On the north side of town, Central Washington University is home to the Donald L. Garrity Japanese Garden. Rockhounds visit in search of elusive blue agates, which are found in this region. From May through September, the Yakima River is a popular rafting stream both above and below Ellensburg.

The Kittitas County Fair/Ellensburg Rodeo, held over Labor Day weekend, features an old-fashioned county fair in addition to a rodeo that has grown from a friendly competition among ranch hands to major league status (more than $400,000 in prize money). Some 20,000 enthusiastic fans from around the state come to watch ropers, wrestlers and Xtreme bull riders show their stuff in various events, making this the state's largest rodeo. Another popular rodeo event is the Western Parade through downtown, described as “one of the horsiest around.”

The Kittitas County Fair dates back to 1885. The fairgrounds, off 9th Avenue, also are a national historic district. Festivities include mechanical bull riding and a pedal tractor pull for kids, agricultural exhibits, the re-created Frontier Village, live music and a carnival.

The Kittitas County Barn Quilt Trail loops through the valley surrounding Ellensburg, passing colorful quilt blocks on the sides of more than 100 historic and working barns.

Things to Do Clymer Museum & Gallery 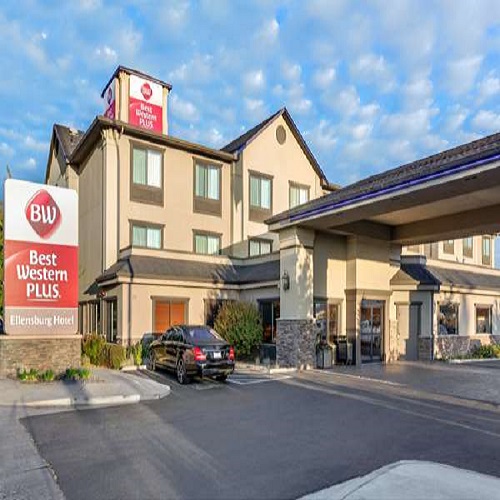