About Ellicott CityThe site that became Ellicott City was first known as Ellicott Mills, named for three Quaker brothers and the gristmill they established. One of the brothers, Andrew Ellicott, and Benjamin Banneker, a free African-American born in the area in 1731, were commissioned by George Washington to survey and lay out Washington, D.C. Banneker is said to have successfully reproduced from memory plans originally designed by Pierre L'Enfant, who was dismissed from the project.

Ellicott City became the first terminus outside Baltimore for the Baltimore & Ohio Railroad. Andrew Jackson became the first president to travel by train when he boarded a car here in 1833. Many of the stone buildings that line the narrow, winding streets above the Patapsco River have been preserved.

Another historic site, Patapsco Female Institute Historic Park, at 3691 Sarah's Ln., was one of the first schools in the nation to offer girls an academic education. Now a ruin, the school is the focal point of the park where a variety of special events are offered. Outdoor Shakespeare performances by Baltimore's Chesapeake Shakespeare Company are held mid-June to late July; phone (410) 244-8570.

Self-guiding ToursA visitor guide outlining a walking tour of the historic district is available at the welcome center. 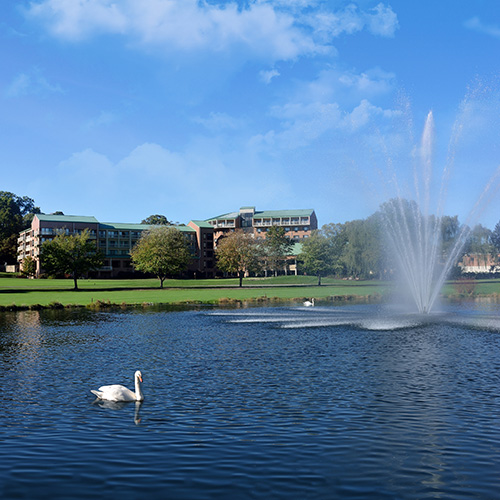