About ExeterBehind the peaceful charm of Exeter at the falls of the Squamscott River lies a history of outspoken dissent. The settlement was begun in 1638 by the Rev. John Wheelwright, whose radical views and religious nonconformity led to his expulsion from Boston. Wheelwright's individualism seemed to set the tone for the community, for revolutionary attitudes and politics were characteristic from the outset.

Exeter citizenry defied Royal commands, flouted talk of liberty and burned in effigy British lords Bute and North. When the war began, it was natural that the capital was moved from Tory-controlled Portsmouth to this Patriot stronghold.

Exeter is a mixture of industry and academia; Phillips Exeter Academy, a distinguished secondary school, was founded in 1781 and has conducted classes since 1783. Another link to the town's past is its architectural heritage, which is preserved with pride.

Things to Do American Independence Museum 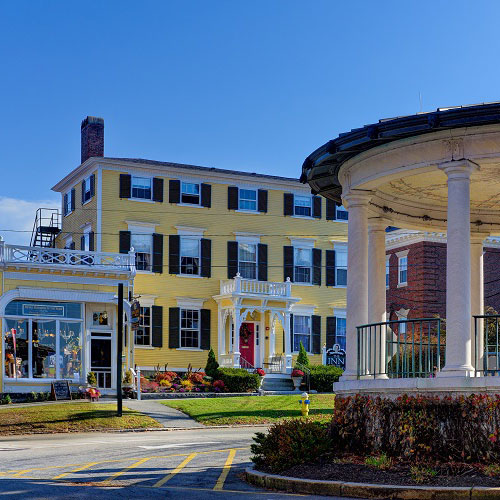 Inn by the Bandstand