About FarmingtonApple orchards replaced saloons and coal miners ousted card sharks as Farmington evolved into the major commerce and industrial center of the Four Corners region in northwestern New Mexico.

Navajo Mine, west of town, is one of the largest coal mining operations in the world. Its output fuels the adjacent Four Corners Power Plant, which in turn heats the waters used by windsurfers on nearby Morgan Lake. Anglers favor the San Juan River and Farmington and Jackson lakes.

West of town the vast Navajo Nation Reservation extends into Arizona. The convention and visitors bureau distributes a list of trading posts.

Forty miles south via SR 371 is the Bisti/De-Na-Zin Wilderness, an area of weirdly eroded hoodoos and slate-topped mesitas—geological formations made up of sandstone and shale that have become eroded by wind and rain. Angel Peak Scenic Area lies 30 miles southeast via SR 550. Once considered by the Navajos as the dwelling place of sacred ones, the colorful sandstone formations crowning the peak were shaped over millions of years.

Things to Do Farmington Museum at Gateway Park 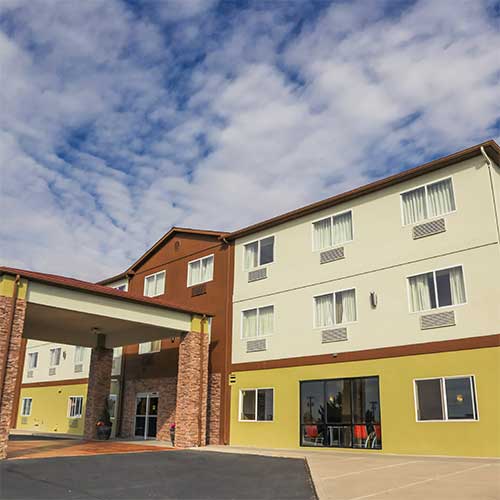