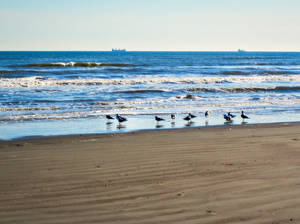 About GalvestonTo really know Galveston is to peel back the many layers of its colorful, multi-faceted personality and soak it up in all its glory and quirks. There are the lovely Victorian buildings, nostalgic gaslights and horse-drawn carriages in The Strand Historic District. There is the gentle lapping of waves from the Gulf against the sandy shore as seagulls circle overhead. And now, there are hulking cruise ships that make Galveston Bay their temporary home when they arrive to pick up passengers.

Something else that Galveston has is a background chock-full of drama and intrigue. Saying that Galveston has a storied history would be a classic understatement. Jean Lafitte and his pirates established a settlement in 1817 and the town was abandoned and burned when the United States forced Lafitte to leave a couple of years later. During the Texas Revolution the harbor served as the port for the Texas navy. By the Civil War, Galveston was Texas' principal seaport and leading commercial center. And by 1890, fully basking in its glory days, Galveston was Texas' largest and wealthiest city.

But Galveston lost everything to the hurricane of 1900, in which more than 6,000 people died. The barrier island was flooded by tides up to 15 feet high and lashed by winds in excess of 100 mph. Survivors found a devastated city in which entire sections along the Gulf Coast had been wiped away or were piled high with the debris of thousands of its buildings. Galveston would never be the same.

During Prohibition, Galveston began offering illegal drinks and gambling in its saloons. That, along with earlier acts of prostitution, earned Galveston the infamous nickname of “the sin city of the Gulf.” Ultimately, Galveston lost its former status to its expanding neighbor, Houston. But in the 1970s and '80s and continuing today—even after Hurricane Ike ravaged several of its coastal communities in 2008—Galveston started initiatives that focused on renewal.

The centerpiece of Galveston's resurgence is the Victorian neighborhoods that have been restored to their original splendor. The most prominent among them is The Strand Historic District, once known as “The Wall Street of the Southwest.” The 36-block area, which offers 100-plus shops, restaurants and galleries, is recognizable because of its iron-fronted buildings, one of the country's best-known collections of such architecture. It's these efforts and natural assets such as the 32 miles of sandy beaches that have made Galveston Island a leading Gulf Coast resort.

Causing just as much interest is yet another development for Galveston—the arrival of the cruise industry. Previously, travelers had to go to Florida to set sail for the Caribbean. In 2000, however, Galveston joined a growing list of Southern cities that host major cruise lines and in no time at all has become one of the top cruise ports on the Gulf Coast. Carnival Cruise Lines, Disney Cruise Line, Princess and Royal Caribbean offer cruises from Galveston, with many vacationers enjoying excursions on Galveston Island before or after their voyage.

The cruise ships ply Galveston Bay's warm waters, silhouetted against the downtown skyline when they dock. From the decks of the ships, passengers can easily spot The Strand Historic District just one block from the cruise ship terminals on Harborside Drive.

One unforgettable tradition of this city is the annual Mardi Gras! Galveston, a colorful celebration that includes parades, musical entertainment and costume balls on the two weekends preceding “Fat Tuesday.”

But beaches have always been Galveston's primary recreational escape. One of the more popular areas is Stewart Beach Park, on the city's eastern edge at Seawall and Broadway boulevards. A scenic drive along the seawall and a ride on the harbor ferry are great diversions. Get a free ride on the Galveston Ferry, which carries vehicles and passengers from the Bolivar Peninsula to Galveston Island and runs 24 hours a day; phone (409) 795-2230.

The restored Galveston Island Historic Pleasure Pier, on the waterfront at 2501 Seawall Blvd., is home to retail shops, restaurants and carnival-style rides and games; phone (855) 789-7437.

Self-guiding ToursScattered throughout the city are sculptures carved from some of the estimated 40,000 trees destroyed during Hurricane Ike. Brochures pinpointing these tree carvings are available at the convention and visitors bureau.

Things to Do Bishop's Palace 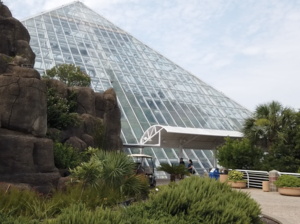 Houston Off the Beaten Path: Day Trip to Galveston 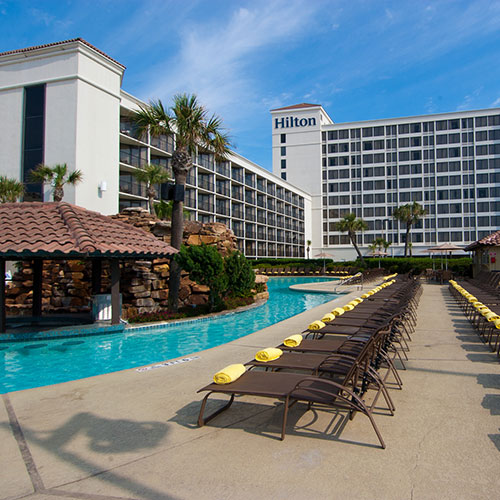 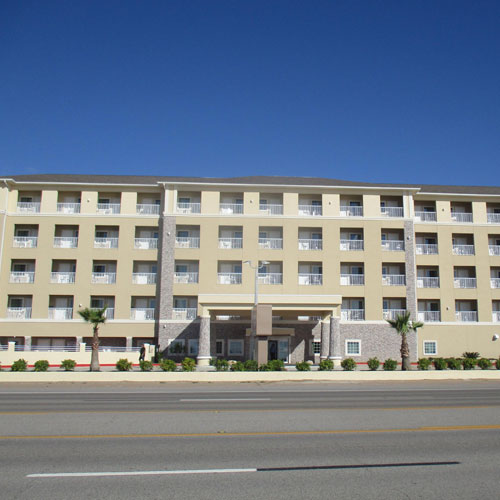 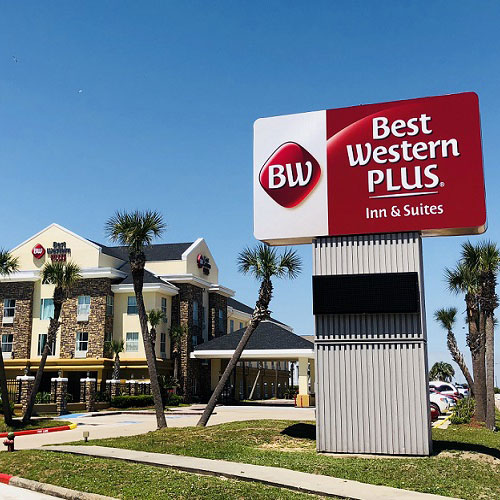 Best Western Plus Seawall Inn & Suites by the Beach