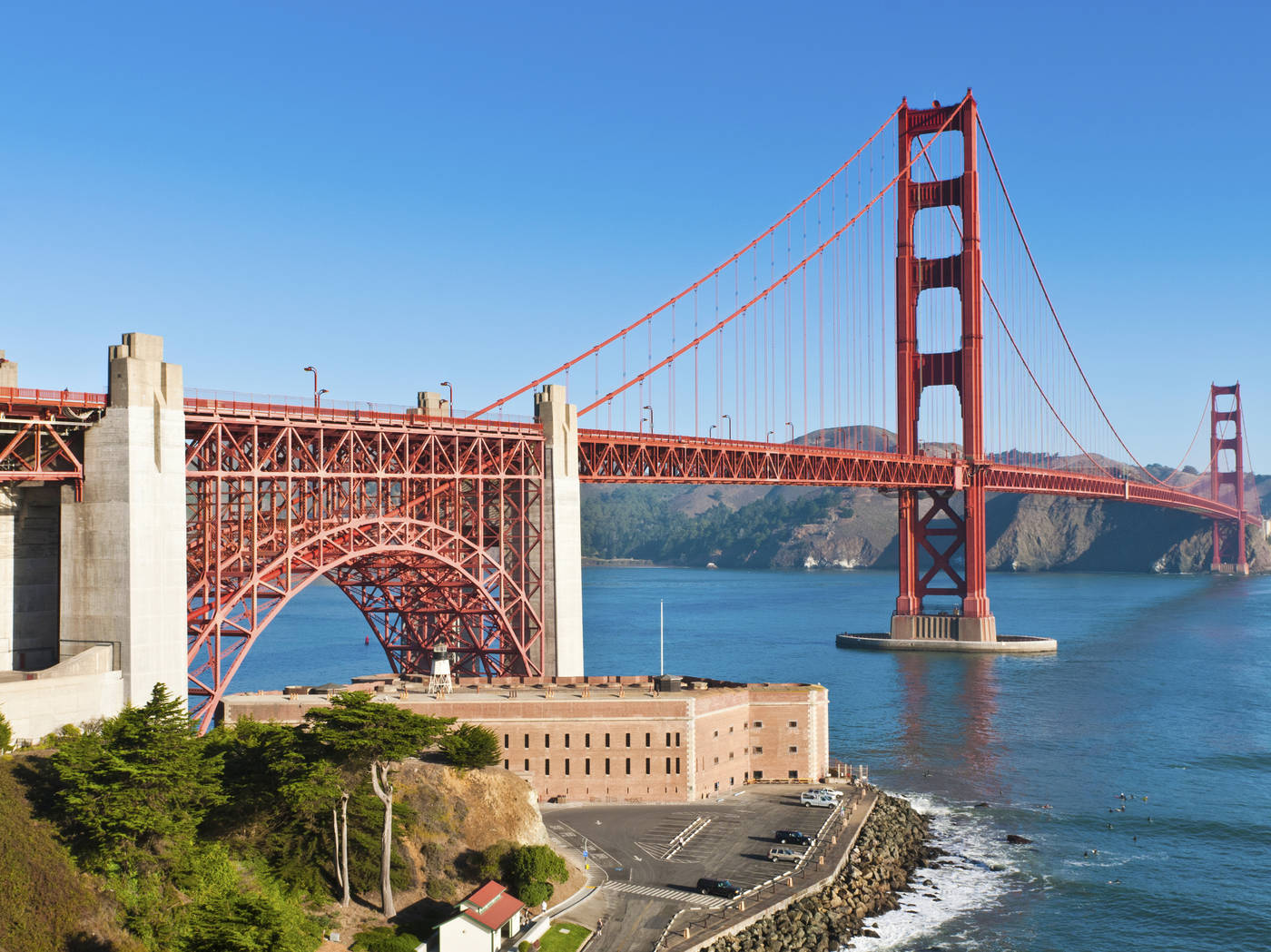 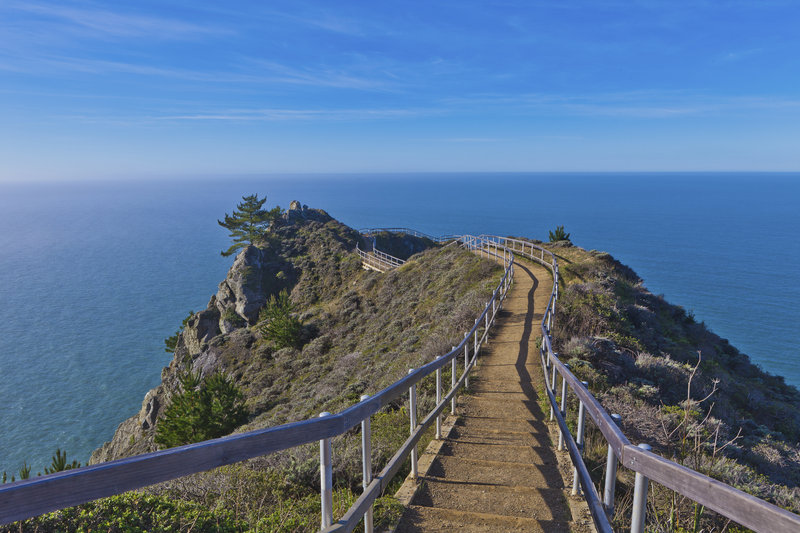 jiayin_ma/iStockphoto.com
The Marin Headlands looming above the northern end of the Golden Gate Bridge contrast dramatically with the densely packed city across the water. Smooth, grassy ridges slope down through valleys to a craggy shoreline scalloped with sandy coves. Abandoned gun emplacements stud the hillsides above the bridge and offer dramatic perspectives for viewing the bridge and Golden Gate, the strait that forms the entrance to San Francisco Bay.

About 100 miles of hiking and riding trails traverse the pastoral countryside between Point Reyes and Golden Gate Strait. Hikers should stay on the trails, as the hillsides are often laced with poison oak. Dress in layers so you can adapt to the changeable weather (cool ocean winds and frequent fog, especially in the summer months). Swimming is permitted at Stinson Beach, China Beach, Muir Beach and Aquatic Park. Backcountry campsites require reservations. Fishing spots and picnic facilities are scattered throughout these parklands.

Muir Beach Overlook, a small cliffside park off SR 1 west of Muir Woods National Monument (watch for the signed turnoff) offers dramatic views of coastal cliffs along the Pacific Ocean shoreline. From the parking area a wood-fenced pathway winds to the very edge of a clifftop, where a small viewing platform stands high above the water. On sunny days the views north and south along the coast are spectacular.

Also within the park are the remains of several base-end stations, where soldiers stationed with artillery units along the coast once observed ship distance, speed and direction. The stations were important in the aftermath of the bombing of Pearl Harbor, but with the widespread advent of radar their function became obsolete.

The Marine Mammal Center, in the Marin Headlands at 2000 Bunker Rd., rescues and rehabilitates marine animals native to this section of California coast; phone (415) 289-7325 for information regarding hours of operation.

Fort Baker, on the east side of US 101 just across San Francisco Bay via the Golden Gate Bridge, was once filled with artillery fortifications. It is now a popular recreational area offering hiking, bicycling, fishing and picnicking as well as splendid views of the bay and Angel Island. To reach Fort Baker, cross the Golden Gate Bridge northbound, take exit 442 (Alexander Avenue) off US 101 and follow signs.

From the vantage point of Battery Spencer there's a dramatic perspective of the Golden Gate Bridge from above. To get there, take exit 442/Alexander Avenue, keep left at the fork following signs for US 101 south to San Francisco, turn left at Sausalito Lateral Road, then turn right onto Conzelman Road; a parking area is a short way up the crest of the hill on the left. The name refers to the concrete military installations—deactivated during World War II and now crumbling and rusted—that were designed to protect San Francisco Bay from attack.

From the parking area a path leads uphill to the Hendrik Point overlook; at this lofty perch you're at tower height with the bridge looking down at the roadbed, itself some 220 feet above the water. The views of the bridge, Angel Island, the San Francisco skyline and the Marin Headlands are spectacular on both sunny and foggy days (fog frequently rolls in on summer afternoons), and this is a favorite spot for photographers. Note: It's often very windy at the overlook, so watch your footing. Finding a space in the small parking area can also be problematic.

Fort Funston, where hang gliders launch themselves from beachside cliffs, is at the southern end of the recreation area. The long, windswept stretch of Ocean Beach links Fort Funston with the Cliff House, the adjacent Sutro Baths site and Lands End, all of which occupy the city's northwestern corner. The Coastal Trail follows Lands End to China and Baker beaches and the abandoned coastal batteries just south of the Golden Gate Bridge.

The Society of California Pioneers Museum and Research Library