About GoodlandChosen as the county seat in 1887, the town became known in the 1880s for its rainmaking companies. The idea came from a man who claimed to produce rain by pouring sulfuric acid on zinc to release hydrogen, which would unite with the surrounding oxygen to form water. There was no immediate reaction after Melbourne's experiment, but within a day heavy rains reportedly fell.

Earlier the town had proved equally inventive: In its war with several nearby communities for the county seat, residents employed a combination of armed force, false arrest, staged trial and theft to obtain county records. Goodland also can claim that it is the home of America's first patented helicopter.

The brick surface that remains on Main Street and some side streets was laid in 1921 by Jim Brown, a Native American whose skill was such that he reputedly could lay up to 150 bricks a minute—as fast as five men could supply him—so accurately that no later adjustment to the bricks was necessary.

Twenty miles northeast of Goodland, a historical marker indicates where Lt. Col. George Custer discovered the bodies of the Native American scout, Lt. Lyman Kidder and the 10 cavalrymen felled in the Kidder Massacre of 1867. A map to the site is available at the Sherman County Convention and Visitors Bureau.

Today, the city serves as major retail trade center for northwest Kansas. It also is known as one of the top sunflower producers in the nation; seeds are processed here for confectionery use and for oil. Because of this distinction, Goodland was chosen as one of seven sites worldwide to display giant outdoor reproductions of Vincent van Gogh's sunflower paintings. Visible from I-70, the 80-foot-tall easel and picture is the only one of its kind in the United States.

Things to Do High Plains Museum 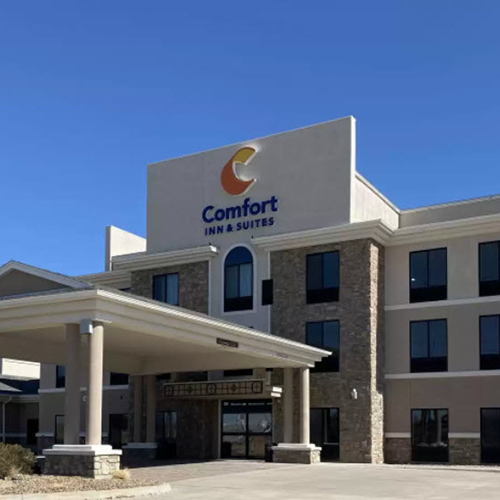