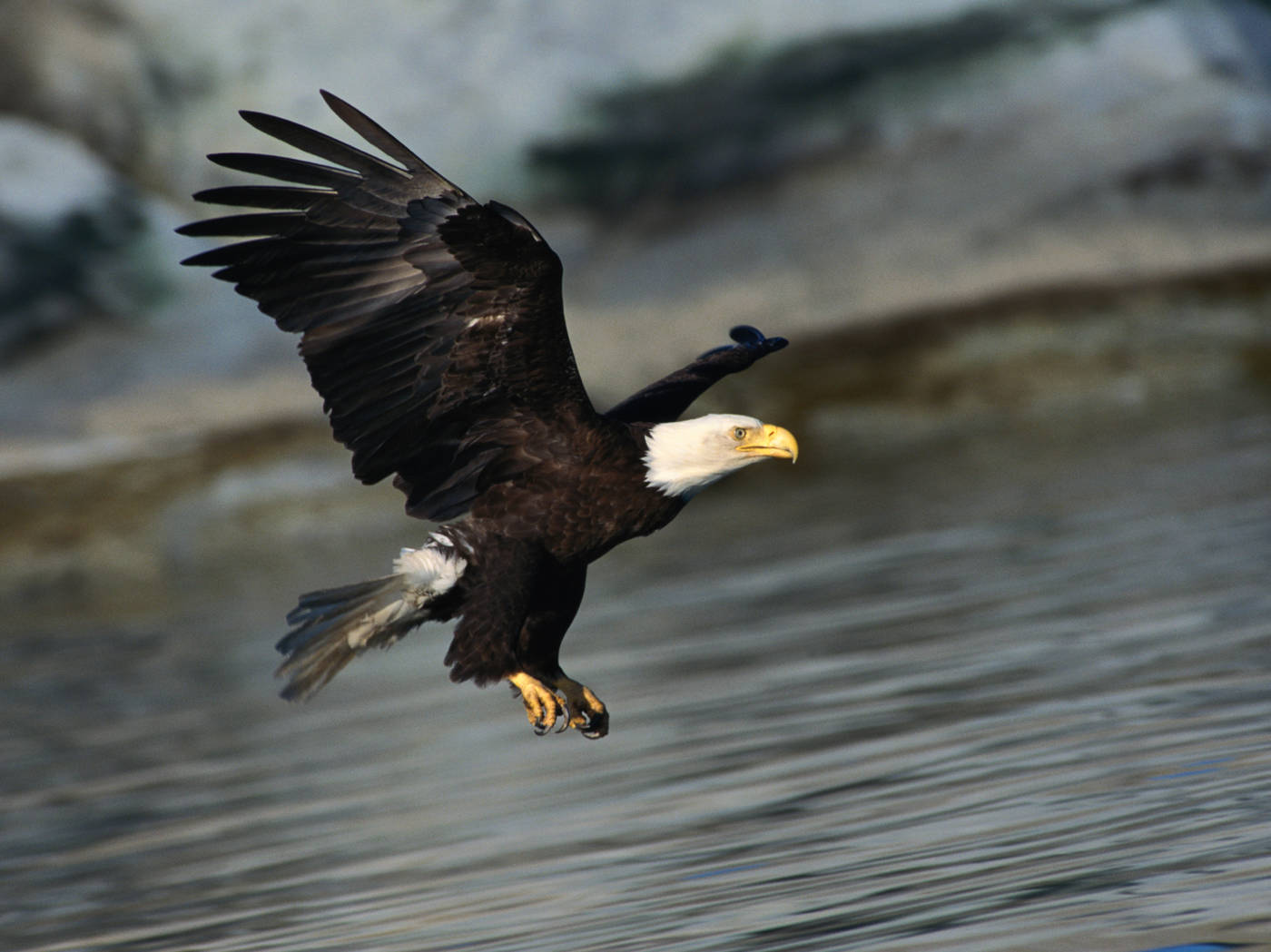 Recreation in Grand Canyon National ParkBiking, backpacking, fishing, hiking—whatever your interest, make sure you experience these recreational highlights and adventurous things to do in the Grand Canyon, as chosen by AAA editors.

Cycling in the Grand Canyon

Though prohibited in wilderness areas and on most trails, bicycles are allowed on the Grand Canyon Greenway, a set of paved, multiuse paths along the South Rim, designed to reduce vehicular traffic.

There are two sections of the Greenway trail at the South Rim. One stretch connects Grand Canyon Village with the trailhead of the South Kaibab Trail , while the other can be found at the west end of Hermit Road, linking the historic Hermits Rest building with the Monument Creek Vista overlook; to get to the Greenway, ride on the road east from Hermits Rest about .5 miles. A ribbon of Greenway ties the Grand Canyon Visitor Center to the South Rim gateway town of Tusayan. At the North Rim, cyclists use the dirt Bridal Path from Bright Angel Point to the trailhead of the North Kaibab Trail .

Both paved and unpaved park roads also are accessible to bicyclists, though the shoulders are narrow and car traffic can be heavy around Grand Canyon Village. Pedal from the village along Hermit Road, an 8-mile route closed to private vehicles and highlighted by the outstanding canyon views from Hopi Point and The Abyss, an abrupt 3,000-foot drop to the Tonto Platform. The road ends at Hermits Rest, a historic stone building designed by architect Mary Elizabeth Jane Colter, where you can use the restroom, grab a snack and hit the gift shop. Bikes are available for rent inside the park at Bright Angel Bicycles , located at the Grand Canyon Visitor Center . All the free park shuttle buses are equipped with bike racks; use of the racks is free.

Visitors often negotiate the rocky terrain of North Kaibab Trail on half-day North Rim Mule Rides , one of the fun things to do with kids (for those old enough to ride). South Rim Mule Trips head to Phantom Ranch along Bright Angel Trail for overnight ventures and from Grand Canyon Village for the 3-hour Canyon Vistas ride along the rim.

The mostly flat Rim Trail , which winds along the canyon rim for 13 miles between South Kaibab Trail and Hermits Rest, is the South Rim's easiest walk; two paved sections of the trail are designated Grand Canyon Greenway paths and are accessible to bicycles and wheelchairs. Hiking the entire trail (one-way) is at least a half-day trip. Most people choose instead to hike a few short sections of the trail by accessing the Rim Trail from several of the park's free shuttle bus stops.

Of course, one can admire the canyon from viewpoints for only so long before they feel the need to descend. To experience the South Rim's most popular route into the canyon, sling on your backpack for the Bright Angel Trail . The path begins at the west end of Grand Canyon Village and runs 4.5 steep miles to Havasupai Gardens, where you can kick back in the shade of a cottonwood and feast on your bagged lunch. There's a ranger station at this destination, and it's the farthest you'll want to travel during a summer day-hike.

With the park containing more than 20 trails, give your feet a rest and hop aboard an all-terrain vehicle for fun, off-road adventures around Kaibab National Forest . Several companies lead guided ATV tours.

What to Do in Winter

Closed to automobiles and snowmobiles in the winter, the North Rim's serene wilderness is accessible only via cross-country skis or snowshoes. Visitors can swish or crunch over the 4 to 10 feet of snow typically concealing the park's northern meadows and access roads November to mid-May. Backcountry permits are required if you plan to camp in the area; however, book early, as the demand for overnight Grand Canyon camping far exceeds availability.

Squinting through binoculars, visitors to Grand Canyon National Park can catch sight of some 355 bird species, including osprey which were successfully re-introduced into the park after a long absence. Bald eagles and endangered California condors nest in the Colorado River corridor, while inner canyon cliffs house at least 100 pairs of peregrine falcons. The park's conifer forests offer asylum to otherwise threatened goshawks and spotted owls.

Fishermen often pull in 10-pound wild rainbow trout while fly-fishing the Colorado River's cold tailwaters. Because the best spots change from hour to hour, anglers should arrange for a guide and use sinking lines to reel in the most fish. Casting a line in the park requires an Arizona state fishing license, available at Canyon Village Market Plaza in Grand Canyon Village on the South Rim. Regulations and licenses also are available online from the Arizona Game and Fish Department.

Paddle stretches of the 1,450-mile Colorado River, or get sprayed riding in a motorized raft. One demanding rapid is named after an archaic slang word for “knockout blow.” In addition to unrivaled thrills, white-water rafting lets Grand Canyon visitors explore about 2 billion years of geologic history amid picturesque limestone and sandstone walls still scoured by turquoise waters. Rafting trips can be arranged at Page, Lees Ferry or in the park. Trips range from 1 day to 3 weeks. Make reservations early, as even big commercial outfitters need to obtain permits from the National Park Service.

Kayak the country's second largest man-made lake, Lake Powell, which stretches from Page, Arizona, to Hite, Utah. Slip into twisting canyons while navigating the lake's warm waters, taking in stark red spires, ridges and buttes at Glen Canyon National Recreation Area . Fishing, swimming and mountain biking can also be enjoyed at the park, which is northeast of the Grand Canyon.

Mount up on a relaxing journey beneath rolling lavender clouds by arranging an evening horse expedition. Several stables offer tours of the area. At sunset, roast a marshmallow on the campfire as shadows overtake the crimson gorge that Roosevelt declared “a natural wonder absolutely unparalleled in the world.”

Camping in the Grand Canyon

Listen to howling coyotes as you settle into your sleeping bag at first-come, first-served Desert View Campground . Reservations are accepted at Grand Canyon Village's Mather Campground , which offers tent and RV camping (no hookups). Just next door, Trailer Village features RV sites with hookups. Ponderosa pines blanket North Rim Campground , with canyon views available from some of its 84 tent-camping sites. North Rim also allows RV camping, though there are no hookups.

Rock Climbing in the Park

After spending a relaxing evening in the backcountry, rock climbers enjoy scaling Brahma and Zoroaster temples. In the 1800s, an American geologist first began naming these landforms after such world gods as Shiva, the Hindu destroyer; Buddha, the “Awakened One”; and Wotan, a Scandinavian deity. Climbers employ minimum-impact techniques—climbing without the use of power tools to install bolts or other hardware—to safeguard the Grand Canyon's extremely fragile rock formations.

Grand Canyon National Park interpretive programs cover such topics as geology, wildlife and cultural history through ranger-led hikes and lectures. You can discover remnants of 270-million-year-old marine creatures, including brachiopods and sponges, as you walk along a 0.5-mile exposed fossil bed, or perhaps listen to a ranger discuss the reintroduction of the California condor to northern Arizona. Park publications have a full schedule of interpretive programs.

If you're short on time or prefer a recording to actual human contact (you know who you are), use your cellphone to dial up an on-demand audio tour using the Park Ranger Audio Tour system. Along the South Rim, between Yaki Point and Hermits Rest, there are several tour stops (watch for the “Park Ranger Audio Tour” signs). Phone (928) 225-2907, punch in the tour stop number, and you'll hear a 2-minute, ranger-narrated talk on subjects ranging from geology to the history of Bright Angel Lodge & Cabins . There are a few tour stops sprinkled along the North Rim as well. The best news is the service is free, though your usual cell charges do apply. The bad news? Cell coverage in the park is spotty.