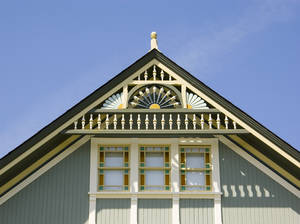 About HillsboroughFounded on the site where the Great Indian Trading Path crossed the Eno River, Hillsborough is old enough to have witnessed many historic events during the Colonial and Revolutionary periods. It was the site of the 1788 Constitutional Convention, at which delegates demanded a Bill of Rights before they would ratify the United States Constitution. The Alexander Dickson House at 150 E. King St., which now houses the Hillsborough Visitors Center, has been referred to as “the last headquarters of the Confederacy”; Confederate Gen. Edward Johnson prepared surrender papers there for Union Gen. William T. Sherman in April 1865.

The historic district includes more than 100 late 18th- and early 19th-century structures along streets that retain pre-Revolutionary names, the most unmistakable being King and Queen streets. The 1821 Ruffin-Roulhac House, 101 E. Orange St., is Hillsborough's town hall. Self-guiding tours can be taken during business hours; phone (919) 732-1270.

Walkers, joggers and cyclists will enjoy the scenic and shaded Hillsborough Riverwalk, a 1.8-mile urban greenway which follows the Eno River from Gold Park (415 Dimmocks Mill Rd.) through River Park (downtown at 140 E. Margaret Ln.) to the Historic Occoneechee Speedway Trail on the east end of town.

Self-guiding ToursWalking tour and informational brochures are available at the visitor center.

Things to Do Ayr Mount Historic Site and Poet's Walk