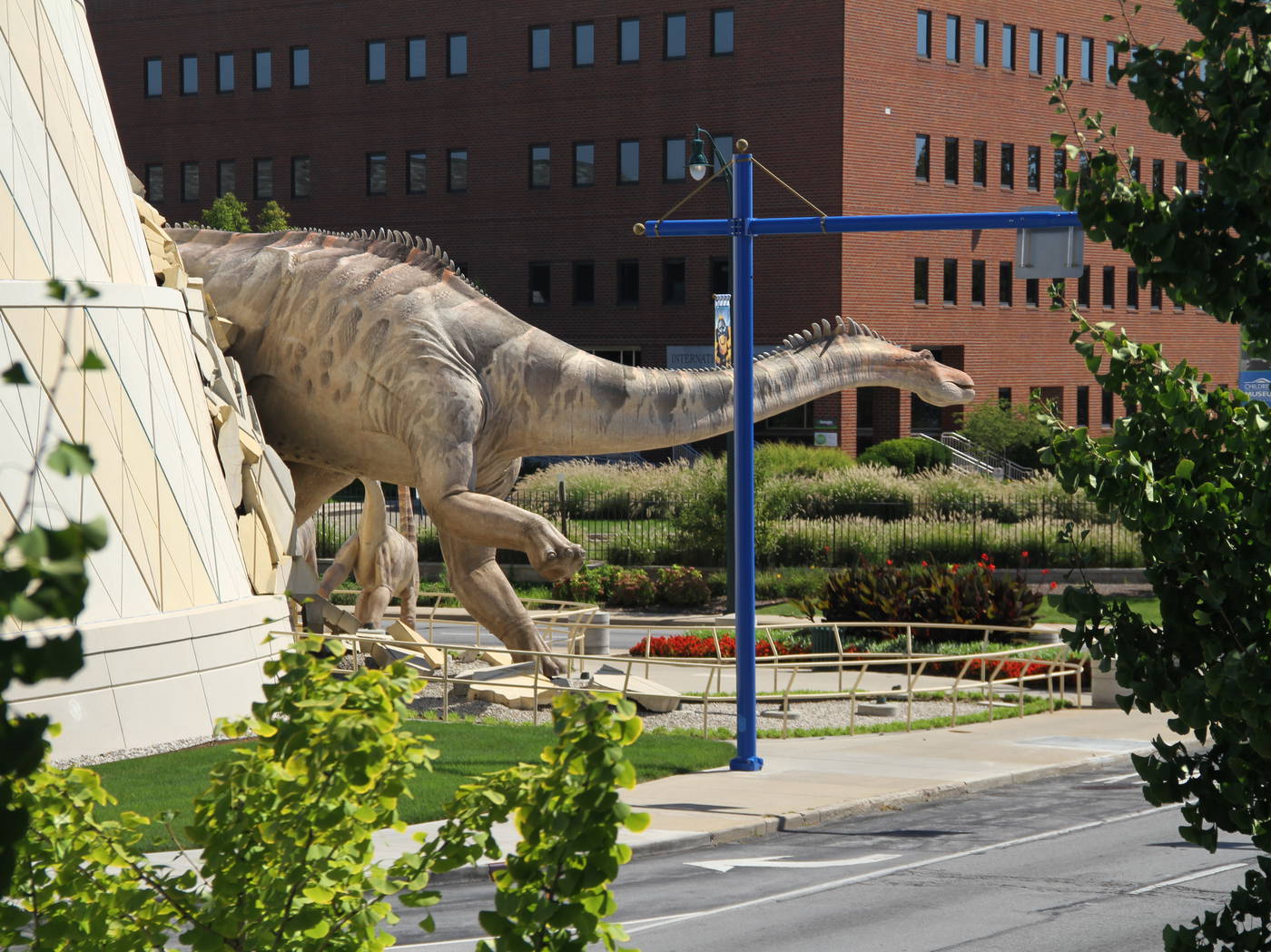 Under 13 Indianapolis has lots of fun things to do with kids; here's a list of some of the best. Travel back 65 million years to the world of the dinosaurs, explore the wonders of space or go on a flight adventure at The Children's Museum of Indianapolis , the world's largest children's museum. Examine recreations of a pirate's shipwreck site and a mummy's tomb, hop behind the wheel of a real Indy show car or climb aboard a 55-ton steam engine.

Visit the inhabitants of the deserts, forests, oceans and plains at the Indianapolis Zoo , where about 250 species of animals and more than 2,000 varieties of plants live together in simulated habitats. Pet a dogfish shark, feed a giraffe or see if you can outrun a cheetah. View the zoo from 50 feet in the air on the Skyline, then catch the dolphin presentation, All Star Dog Challenge or an action-packed show in the 4-D Theater, where surprising special effects add to the 3-D experience.

There's more than mac 'n' cheese on the kid's menu at The Old Spaghetti Factory. Little ones can sit in a railroad car as they eat their favorite pasta dish and garlic bread, and every kid's meal comes with a choice of spumoni, vanilla ice cream or a juice bar.

Youngsters and the young at heart will find aisles full of fun at Mass Ave. Toys, which offers a large selection of unique playthings, educational toys and retro games in an old-fashioned toy store atmosphere.

Teens Live your dream of being a drummer at the Rhythm! Discovery Center . See drum sets from major percussionists in music history and find your own rhythm on one of hundreds of instruments from around the world.

Celebrate college sports at the NCAA Hall of Champions . Experience the trials and triumphs of student athletes in an original wide-screen film. See your favorite college team's memorabilia and test your trivia knowledge in the Arena, which houses displays for each of the 23 NCAA sports. In the interactive Play gallery, take a shot at the free-throw line or try a simulated downhill ski run.

Swing like Tarzan and zoom down zip lines at Go Ape in Eagle Creek Park, a 20-minute drive from downtown. This course includes 39 crossings in five sections, each going higher into the forest canopy and finishing with an exciting zip line.

All Ages Drive a half hour north of downtown to Conner Prairie Interactive History Park in Fishers where you can stroll through an 1800s prairie town and play games of the time, learn a trade or see what school was like for Indiana kids in 1836. Soar 350 feet over the park in the 1859 Balloon Experience and cross over a bridge into a Civil War-era town where you can meet the townspeople and learn about Morgan's Raid, take part in military drills or put on a soldier's uniform and plan a battle. Little ones can fire a water cannon aboard the Alice Dean steamboat water play area.

Choose from dozens of gourmet cupcake flavors as well as cookies, bars, and brownies at the Flying Cupcake. Or keep an eye out for Petunia and Penelope, the Flying Cupcake's instantly recognizable pink trucks, which can be found parked downtown at lunchtime.

Take a spin around the track in an Indy car at the Indianapolis Motor Speedway and view memorabilia from a century of racing at the Hall of Fame Museum. In May, enjoy the excitement as the world's greatest open-wheel drivers compete in the Indianapolis 500 , billed as “the Greatest Spectacle in Racing.” The Indianapolis 500 Festival takes place throughout May and includes a mini-marathon, a Kid's Day and the IPL Festival Parade, where celebrities, costumed characters, floats, giant helium balloons and marching bands fill the streets to celebrate the race.

Mug N' Bun in Speedway is a classic American drive-in where your family can eat together in the car or gather around a picnic table and enjoy burgers, dogs and fries paired with homemade root beer.