About Junction CityTrade has been a major occupation in Junction City since its founding in 1857 at the confluence of the Smoky Hill and Republican rivers. Early commerce was conducted with travelers on the Smoky Hill Trail and with the Kansa Indians, who often came into town to buy and sell. One notable day in 1867 the wares offered by a Cheyenne war party included some newly acquired scalps.

Although feathers and war paint have since disappeared—Junction City is now a commercial center—many of the military uniforms reminiscent of the hostile 1800s endure at historic Fort Riley, which is just north.

Marking the history of Junction City and surrounding counties is Geary County Historical Society Museum, Sixth and Adams streets. Through the display of artifacts and photographs, the museum traces the progression of inhabitants since the area was settled; phone (785) 238-1666. The Spring Valley Historic Site, SR 18 and Spring Valley Road, contains a restored 1870s schoolhouse, a settler's log cabin, a barn and Wetzel's Log Cabin Church (the first Lutheran parish in the state).

Heritage Park, Sixth and Washington streets, contains the Kansas Vietnam Veterans Memorial, the 1st Infantry Division Monument, a Desert Storm Memorial and a limestone arch that commemorates participants from both sides of the Civil War. The 9-foot-tall bronze Buffalo Soldier Memorial, 18th Street and Buffalo Soldier Drive, commemorates the African-American soldiers who served in the 9th and 10th horse cavalry regiments during the Civil War.

Things to Do Milford Nature Center and Fish Hatchery 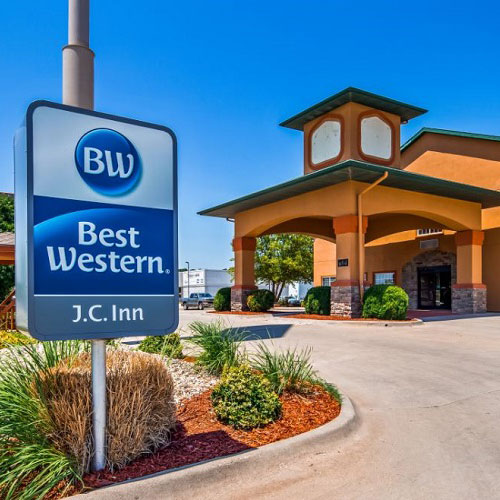