The "Crown of the Continent" Boasting some of the best mountain scenery in the country, Glacier National Park's more than 1 million majestic acres invite a closer look. Do so on foot or horseback by way of hundreds of miles of trails, by car along curvy Going-to-the-Sun Road, or through your camera lens. 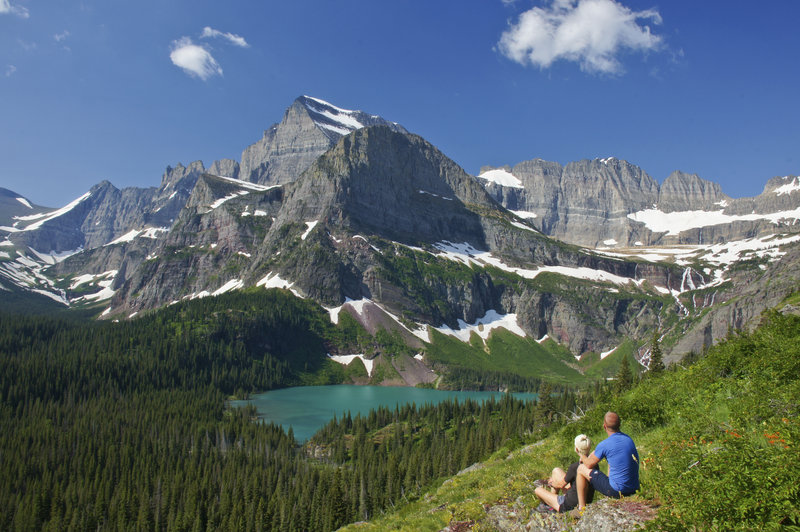 Bkamprath/iStockphoto.com
Before the construction of Going-to-the-Sun Road and the shuttle and packed cars of rubberneckers that cruise along it, the park was home to Native Americans and wildlife. The Blackfeet lived on the prairies east of the Continental Divide, while the Salish and Kootenai people hunted and gathered in the western valleys. French, English and Spanish trappers hunted beaver here in the early 1800s, and Lewis and Clark trekked very near the park boundaries during their groundbreaking exploration. What they saw is similar to what you'll see, thanks to George Bird Grinnell and his efforts to secure the lands as a protected national park. Together with Waterton Lakes National Park, its sister park in Alberta, Canada, the parks form the Waterton-Glacier International Peace Park, the world's first UNESCO World Heritage Site.