More About
Kenora, ON
HotelsAttractionsRestaurantsCampgrounds

About KenoraOn the north shore of Lake of the Woods, Kenora offers many activities including fishing, hunting and boating. The popular tourist destination also has a wide range of festivals and events during the summer and winter. A 12-metre (35-ft.) wood, steel and fiberglass statue of “Husky the Muskie” on the waterfront is a symbol of the environment as well as the frequent record-breaking catches in this area.

Surrounding more than 14,500 islands, Lake of the Woods was originally called Lake of the Islands by the Ojibway people inhabiting the region. The French, who had minimal knowledge of the Ojibway language, misinterpreted the word “island” as “wood,” and the lake's rather inappropriate name was adopted. Petroglyphs can be found around the lake as well as the city.

Things to Do Lake of the Woods Museum 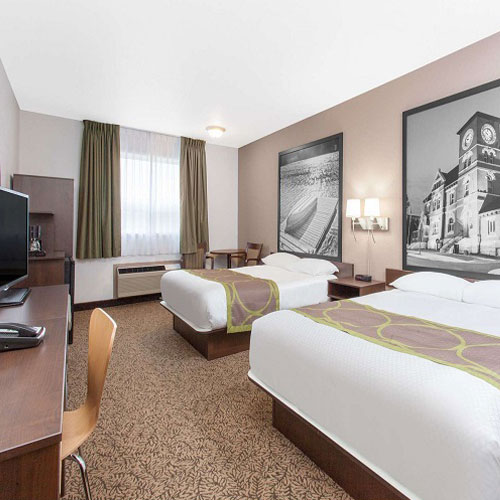