About KīheiOn Mā‘alaea Bay, at the north end of the swath of white sand beach that outlines Maui's southwestern coast, Kīhei is the more affordable half of the south Maui resort area; the ritzy Wailea neighborhood is down the road. South Kīhei Drive is the town's main commercial thoroughfare. The nightlife here is surpassed only by the scene up in Lahaina.

Kīhei also is the location of the state's only known Canadian-style totem pole—a monument to George Vancouver, who supposedly landed here in the early 19th century. Nearby Mai Poina ‘Oe Ia‘u Beach Park is a popular spot for whale watching December through April.

Kealia Pond National Wildlife Refuge, on SR 311 north of Kīhei, protects a 691-acre saltwater wetland, one of the few remaining in Hawai‘i. The refuge is home to endangered native water birds, and hosts migratory ducks and shorebirds August through April. It provides habitat for Hawaiian stilts, coots and herons, and the adjacent Kealia Beach is a nesting ground for the endangered hawksbill turtle. Visitors should view the turtles from afar and not disturb them.

Within the refuge is the 2,200-foot-long Kealia Coastal Boardwalk, which offers in-depth learning opportunities via observation and interpretive exhibits; phone (808) 875-1582. 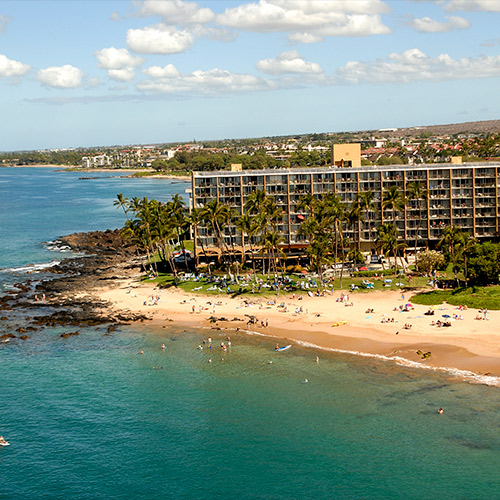