More About
Kitchener, ON
HotelsAttractionsRestaurantsCampgrounds 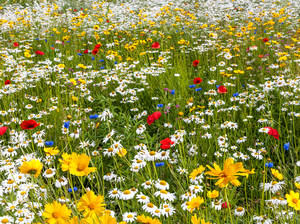 About KitchenerThe first settlers in what is now Kitchener arrived in 1799 from Pennsylvania. In the midst of a prosperous Mennonite farming area a bustling community arose; by 1833 it was named Berlin. A large influx of immigrants from the German states of central Europe and the United Kingdom turned Berlin into a bustling industrial city by 1912. During World War I, the name was changed to Kitchener, in honor of Lord Kitchener, a British hero of that war.

As part of the twin cities of Kitchener and Waterloo, Kitchener retains the heritage of the early settlers in the many festivals that take place throughout the year. For 9 days in early October the city warms to the traditional festivities of Kitchener-Waterloo Oktoberfest, which include festhallen, parades, dances, competitions and carnivals. This festival is reputed to be the largest Bavarian festival held outside of Munich, Germany.

The Kitchener Memorial Auditorium Complex, 400 East Ave., is host to a variety of concerts as well as family and sporting events. The facility also is home to the Kitchener Rangers, the city's Ontario Hockey League team. Concerts and theatrical performances are presented at the Centre in the Square at 101 Queen St. N. For both venues, phone (519) 578-1570, or (800) 265-8977 in Canada.

ShoppingFairview Park Mall, King Street and Fairway Road, is the city's largest mall and has Hudson's Bay. The Kitchener Market, downtown at 300 King St. E., has a variety of smaller shops in the complex, in addition to the Saturday farmers market, which has operated since 1869.

Things to Do Bingemans