About KodiakOne of the oldest towns in Alaska, Kodiak is on the northeastern tip of Kodiak Island and is home to the Kodiak brown bear. A Russian explorer-trader's quest for sea otter pelts led to the European settlement of the island in 1784. The community was established about 1792 when Alexander Baranov moved his headquarters from the original 1784 settlement at Three Saints Bay, making Kodiak the first capital of Russian America.

Kodiak was nearly destroyed twice; in June 1912, an eruption from Mount Novarupta covered the town with ash. On Good Friday in 1964 an earthquake in south central Alaska created tsunamis that enveloped the islands. Citizens found refuge on nearby Pillar Mountain and returned with the task of rebuilding the city.

Kodiak is a leading commercial fishing port. Several cruise lines dock at the Port of Kodiak for shore excursions. On days when cruise ships are in port, visitors can enjoy performances by the Kodiak Alutiiq Dancers at 11 a.m. at the Kodiak Tribal Council building, 312 W. Marine Way; phone (907) 486-4449. The blue, onion-shaped domes of the Holy Resurrection Russian Orthodox Church recall the days when the Russian Empire in the North Pacific was administered from Kodiak; phone (907) 486-5532.

Things to Do Alutiiq Museum 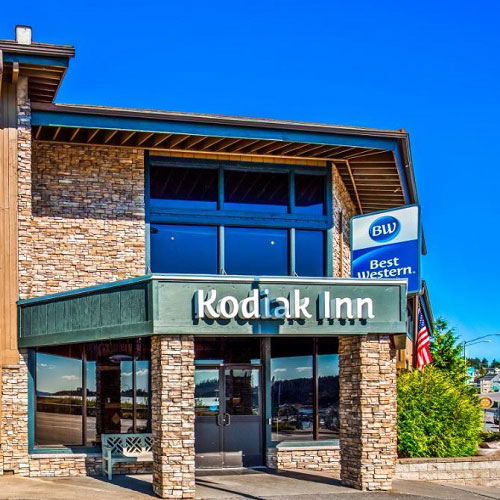