About La CrosseOn the Mississippi River where the Black and La Crosse rivers meet, La Crosse was founded in 1842 as an Native American trading post. Serious development began a decade later, when settlers from New York, Ohio and Vermont established sawmills and gristmills and spurred the arrival of the railroad. The Easterners were joined by German and Norwegian immigrants attracted by the extensive pine groves.

La Crosse was faced with a crippling depression when the La Crosse and Milwaukee Railroad Co. went bankrupt in 1857. However, when the Civil War closed river traffic on the Mississippi below the Ohio River, La Crosse provided a major link with the East, thus ensuring the town's economic recovery. A railroad bridge erected over the Mississippi in 1876 precipitated a dramatic increase in trade and manufacturing, as the network of railroads radiating from La Crosse found new markets.

Overseeing all river traffic is a 25-foot carved wooden Native American in Riverside Park at the base of State Street near the downtown area; phone (608) 789-7533. Lock and Dam No. 7, a U.S. Army Corps of Engineers project 5 miles north of La Crosse, has an observation deck open April through October; phone (507) 895-2170.

Goose Island County Park offers developed recreational facilities and a wildlife refuge. During the winter downhill and cross-country skiing are available in the area.

The city lies on a scenic route that follows the Mississippi. The route consists of SR 35, which heads southeast to Prairie du Chien, and US 53, which runs northwest to its junction with SR 54/35.

ShoppingValley View Mall, I-90 exit 5 at 3800 US 16, has more than 50 stores, including JCPenney. Downtown La Crosse, off I-90, exit 3, is one of the largest commercial historic districts in the state with unique shops, galleries and award-winning restaurants.

Things to Do Grandad Bluff 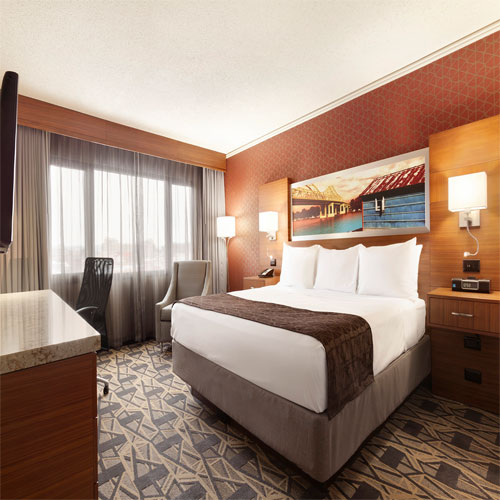