In DepthLake Tahoe was named “big water” by the Washoe Indians. According to Washoe legend, it was created during the pursuit of an innocent Native American man by an Evil Spirit. In an attempt to ward off the Evil Spirit, the Great Spirit bestowed upon the pursued man a branch of leaves, promising that each leaf dropped would magically produce a body of water that would impede the Evil Spirit's chase. The man, however, dropped the entire branch in fright, thus creating the giant lake.

It is estimated that Lake Tahoe holds enough water to cover the entire state of California to a depth of 14 inches. Its average depth is 989 feet; the deepest point is 1,645 feet, making Tahoe the third-deepest lake in North America. The water is remarkably clear, deep blue and also 97 percent pure—nearly the same level as distilled water. The first 12 feet below the surface can warm to 68 F in summer, while depths below 700 feet remain at a constant temperature of 39 F.

Twelve miles wide and 22 miles long, this “lake in the sky” straddles the California/Nevada line at an elevation of 6,229 feet. It lies in a valley between the main Sierra Nevada range and an eastern offshoot, the Carson Range. The mountains, which are snowcapped except in late summer, rise more than 4,000 feet above Tahoe's resort-lined shore. Most of the surrounding region is covered by the Eldorado, Humboldt-Toiyabe and Tahoe national forests.

Immigrants and miners were lured to the rugged Sierras by tales of fortunes made during the California gold rush. The discovery of the Comstock Lode increased traffic and depleted the Tahoe Basin's natural resources to a dangerously low level. Between 1860 and 1890 lumber was needed for fuel and to support the web of mines constructed beneath Virginia City, Nev. The subsequent decline of the Comstock Lode spared many thousands of trees.

By the early 20th century Lake Tahoe was a retreat for the rich, with luxury lakeside hotels springing up along its shores. After roads were paved during the 1920s and '30s, the lakeshore was no longer an enclave only for the wealthy.

The landscape is often snow-covered in winter, and skiing and snowboarding enthusiasts head to well-known areas like Diamond Peak, Heavenly and Squaw Valley Alpine Meadows. Despite cold winters, however, the lake never freezes over due to the constant flow of water from the bottom to the surface. Popular summer recreational activities include mountain biking, hiking, fishing, golfing, kayaking, windsurfing, canoeing, horseback riding, snorkeling, water skiing, boating and swimming.

The Tahoe Rim Trail, a 165-mile loop running along the ridges and peaks surrounding Lake Tahoe, offers a splendid panorama of the lake, California's High Sierra and Nevada's Great Basin as well as a route used in summer by hikers and horseback riders and in winter for snowshoeing. Mountain biking is allowed in certain areas. For additional information contact the Tahoe Rim Trail Association; phone (775) 298-4485.

The Taylor Creek Visitor Center, on SR 89 between Camp Richardson and Emerald Bay in South Lake Tahoe, Calif., is operated by the U.S. Forest Service; phone (530) 543-2674.

The two main approaches to the Tahoe region are the North Shore via I-80 and the South Shore via US 50. The towns are smaller and the setting more rural along the North Shore, roughly the 14 miles between Tahoe City, Calif., and Incline Village, Nev. Major South Shore tourist destinations like South Lake Tahoe and Stateline, Nev., offer plenty of casinos, shopping and local restaurants.

Two-lane US 50 and SR 28 together encompass the lake; the total circumference is 72 miles. Scenic overlooks off this loop, such as Inspiration Point (near Vikingsholm), offer expansive lake and mountain vistas. SR 89 in the vicinity of Emerald Bay occasionally closes during heavy snowfalls. Road and weather updates are available from the California Department of Transportation (Caltrans); phone (916) 654-2852. 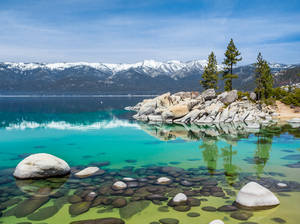 What to Do in the Lake Tahoe Area

Going to the Chapel 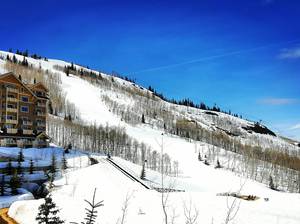 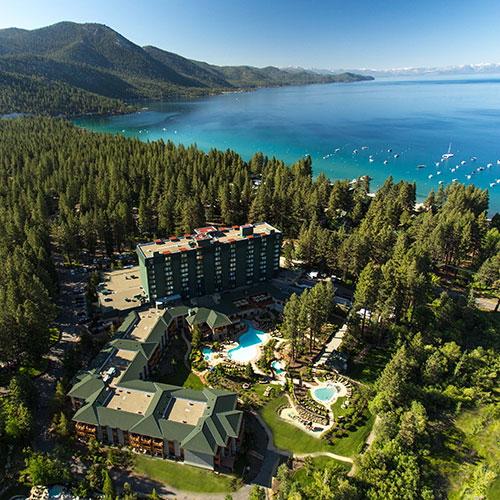 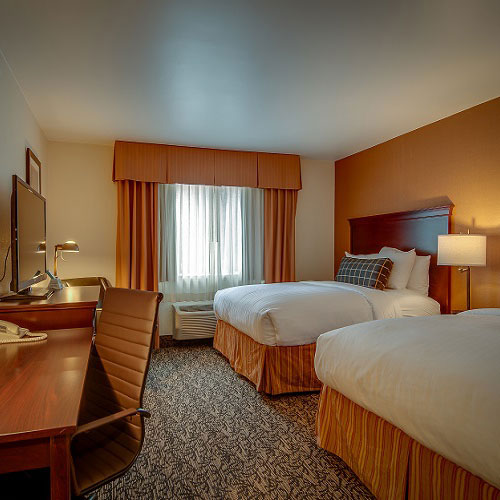