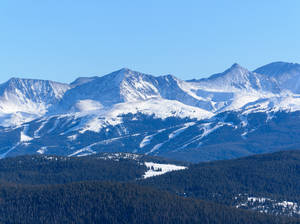 About LeadvilleSaid to be the highest incorporated city in the country, Leadville lies at an altitude that makes its climate rigorous even by Rocky Mountain standards. No less heady is its history, which condenses all the dramatic elements of the mining era into one compact package.

The discovery of gold in California Gulch in 1860 triggered the usual stampede of prospectors; within 4 months of the initial find, Oro City had more than 5,000 miners working a half-mile segment of the gulch. While there was plenty of gold, extracting it was hampered by heavy black sand that clogged sluice boxes. When the easily obtainable ore dwindled, so did Oro City.

By 1870 only a few residents remained. One of these was H.A.W. Tabor, who, in league with the heavy black sand, was to provide the necessary ingredients for a great American saga—the tale of fabulous wealth and flamboyant romance that has been immortalized in the opera “The Ballad of Baby Doe.”

The black sand was carbonate of lead, and it was full of silver. By 1880 Leadville—formerly Oro City—was a booming town of 30,000 with storekeeper Tabor as mayor. It was Tabor's financing of a pair of German shoemakers that catapulted him to incredible wealth. He bought up as many claims as he could in the district, including the Matchless, which yielded up to $100,000 a month at its peak.

Drunk with money and generosity, Tabor spent so freely that he alienated his wife, Augusta. He met young, beautiful Baby Doe, whose zest for the pleasures of life matched his own. Tabor divorced Augusta, married Baby Doe and moved to Denver to begin a career as a public servant.

Colorado's highest peak, 14,433-foot Mount Elbert, is 9 miles south via US 24. The 82-mile Top of the Rockies scenic and historic byway passes through the area. Leadville also is the northern gateway to the Arkansas Headwaters Recreation Area.

Self-guiding ToursFree maps of historic areas and mountain biking, hiking and skiing trails are available from the chamber of commerce.

Things to Do Healy House Museum and Dexter Cabin

The Matchless Mine and “Baby Doe's” Cabin

The National Mining Hall of Fame and Museum