About MassillonNamed for Bishop Jean-Baptiste Massillon, a clergyman and writer at the French court of Louis XIV, Massillon came into being in the 19th century when five villages joined together. The city prospered during the Ohio & Erie Canal era, thrived as a site of steam engine manufacturing in the latter half of the 1800s and continued to grow as a center of steel production through the first half of the 1900s.

Massillon's heritage is most visible in the 19th-century architecture of its downtown area and brick-paved Fourth Street historic district between Lincoln Way and Cherry Road. One of the most notable buildings in this area is the three-story Five Oaks house at 210 Fourth St. This Romanesque-Gothic structure was designed in the early 1890s by noted architect Charles Schweinfurth, designer of many of the mansions on Cleveland's Millionaires' Row. St. Mary Church, an impressive Gothic-style stone church at 206 Cherry Rd N.E., was begun in 1876 and dedicated in 1892.

Artist Eric Grohe's three downtown murals depict vibrant and colorful scenes. The “Ohio & Erie Canal” at 39 Lincoln Way West portrays the days when the canal ran through the town, and “A Century of Heroes” captures high school football glory at 50 Lincoln Way East. Grohe created a scene perfect for storytelling with his “55 Diamond Court” mural at 32 E. Erie Street South; the painting portrays a brick building with lots of windows and lively occupants.

One of Massillon's historic houses, Spring Hill , off Wales Rd. N.E. at 1401 Springhill Ln. N.E., was built about 1821 and was a stop on the Underground Railroad. The grounds of the restored house have herb and flower gardens, a smokehouse, springhouse and other outbuildings; phone (330) 833-6749 for tour information.

Things to Do Massillon Museum 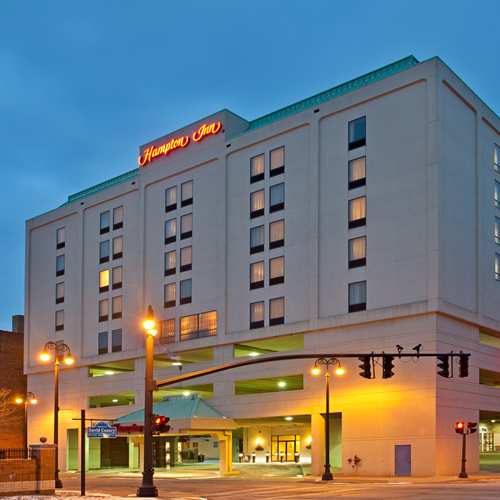