About Medicine HatAccording to popular legend the name Medicine Hat originated because of a battle between Cree and Blackfoot Indians on the banks of a southern Alberta river. The Cree fought bravely until their medicine man deserted them, losing his headdress in midstream. Believing this to be a bad omen, the Cree put down their weapons and were killed by the Blackfoot. This site became known as “Saamis,” which translates as “medicine man's hat.”

A buried prehistoric river, or aquifer, serves as a source of unlimited cool water. More than 20 billion cubic metres (26 billion cu. yd.) of natural gas reserves inspired Rudyard Kipling in 1907 to describe Medicine Hat as possessing “all hell for a basement.”

Outdoor opportunities include swimming and fishing at Echo Dale Regional Park. Circuit cowboys and spectators gather for 3 days in mid-July for the Medicine Hat Exhibition & Stampede . 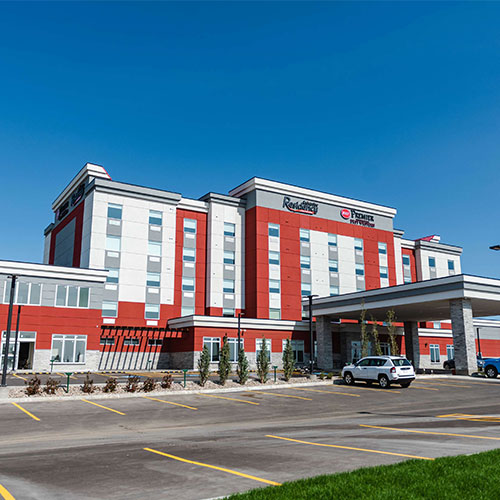