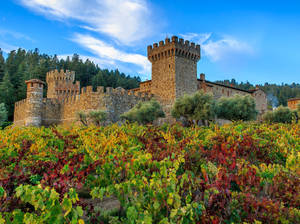 About MendocinoBeguilingly picturesque Mendocino—unlike Carmel-by-the-Sea, Monterey, Santa Cruz and other touristy coastal California communities—is pretty much off the beaten path. It's about a 3-hour drive north of San Francisco, which gives this little jewel box of a community an air of slightly quirky exclusivity.

The natural setting, perched above the Pacific and surrounded on three sides by the rocky bluffs of Mendocino Headlands State Park, is glorious. And it's pretty easy to get your bearings, since there are only a handful of streets in this historic village. The Ford House Visitor Center at 45035 Main St. is a good first stop.

Architecturally speaking, the word most often used to describe Mendocino's homes and commercial buildings is Victorian, as many of the first settlers arrived in the 1850s, making their fortunes in the timber industry. Almost every house is graced with a well-tended flower garden, and several have a wooden water tower, a feature recalling an era when outhouses were the norm and the chief transportation mode was horseback.

You'll see New England Salt Box, Gothic Revival and Italianate styles. Specific guidelines govern everything from the choice of exterior building materials to such decorative architectural accents as bargeboard (the carved projecting boards placed against the incline of a gable), oriel windows (a bay window located on a building's second story) and dripstones (molding placed over the top of windows and doorways to shield them from rain).

Several shops have false fronts, a vertical extension of the front of a building beyond the roofline. The style was popular in the 19th-century West as a means of giving hastily constructed buildings in frontier towns a sense of visual continuity.

This is perhaps the most popular travel destination on the northern California coast for San Francisco Bay Area residents, especially on sunny summer weekends. As a result Mendocino has many B&B properties, most of them falling into the delightfully charming variety. And if you're a fan of the long-running '80s TV series “Murder, She Wrote” and everything around you looks vaguely familiar, there's a reason; Mendocino stood in for fictional Cabot Cove, Maine, the scene of star Angela Lansbury's sleuthing.

Despite relative inaccessibility—or perhaps because of it—the area's natural beauty began attracting artists in the 1950s, and Mendocino remains a haven for those with a creative bent. The Mendocino Art Center, 45200 Little Lake St., is a highly regarded educational institution that offers more than 200 retreat-style workshops each year. The center's galleries feature changing monthly exhibitions spotlighting local and national artists; phone (707) 937-5818 or (800) 653-3328.

Nearby destinations are equally alluring. About 12 miles south of Mendocino, SR 128 branches off SR 1 and travels through the heart of the Anderson Valley. The first 10 or so miles tunnel through the majestic stand of second-growth trees that make up Navarro River Redwoods State Park. Tall and arrow straight, they create a densely shady environment pierced by shafts of sunlight.

Once past the redwoods SR 128 takes a circuitously winding route through the valley, which once was the site of sawmills and timber-cutting operations. Today it's dotted with vineyards, including several that produce award-winning wines. You also can sample outstanding micro brews in the tasting room at the Anderson Valley Brewing Company in Boonville, 17700 SR 253 (Boonville-Ukiah Road). The drive southeast to Cloverdale is especially scenic in the spring, when apple trees are blossoming and the countryside is lush from winter rains.

A 60-mile drive up the Mendocino County coastline via SR 1, the Pacific Coast Highway, offers more scenic riches in return for the knuckle-whitening aspects involved in negotiating stretches of this often-serpentine roadway. Begin the journey at the small town of Gualala; originally a lumber settlement, it offers browsing potential in the form of art galleries and boutiques housed in a mix of 19th-century and contemporary buildings. North of Gualala is Point Arena, one of several spots along this stretch of coast where it's possible to observe migrating gray whales during the winter months.

At Elk there's a clifftop cluster of country inns, restaurants and shops that feature the work of local artisans. Albion, the next town up the coast, is the site of the last wooden bridge constructed along the Pacific Coast Highway, in 1944. Like neighboring Mendocino, the architectural legacy in Little River reflects the heritage of the town's original New England settlers.

Things to Do Kelley House Museum

Canoeing Catch a Canoe & Bicycles, Too! 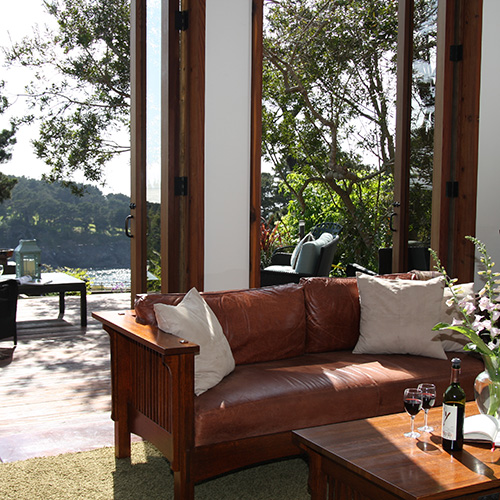 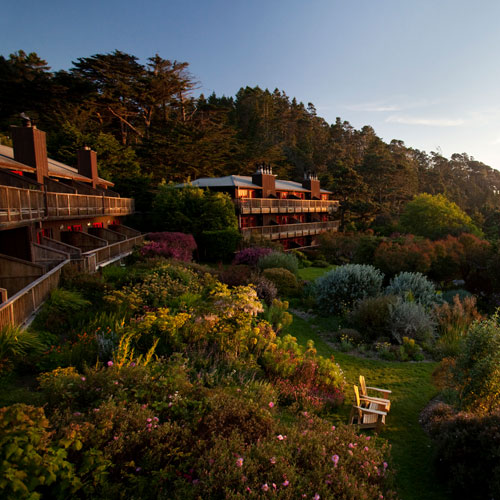 Stanford Inn by the Sea Eco-Resort