About Moose JawMoose Jaw's intriguing name is likely a reference to Moose Jaw Creek. The First Nations called this waterway moosichappishannissippi, or “the creek that bends like a moose's jaw.” Local legend also attributes it to an early traveler who repaired his cart wheel with a moose's jawbone. Today's visitors are greeted by “Mac,” a 9-metre-tall (30 ft.) moose statue said to be the world's largest.

During U.S. Prohibition Moose Jaw was home to an industrious band of bootleggers and American gangsters, earning the town the nickname “Little Chicago of the Prairies.” Today Moose Jaw is an industrial center as well as a producer of hard spring wheat. The Canadian Forces base just south of the city is home to one of Canada's busiest airports and headquarters of the Snowbirds, the Canadian armed forces aerobatic team.

Downtown's seasonal roaming “ambassadors” provide visitors with information and brochures. The Murals of Moose Jaw, painted on several downtown buildings, are a collection of more than 50 scenes depicting the town's history. The Moose Jaw Trolley Company provides a tour of the murals and heritage buildings. The Yvette Moore Gallery , downtown at 76 Fairford St. W., exhibits this local artist's work; her paintings are also displayed in Moose Jaw hotels. Phone (306) 693-7600 or (866) 693-7600.

Hwy. 2 heading south from the city was once part of the Powder River Trail, which provided access to Denver before the advent of the railroad. About 42 kilometres (26 mi.) north on Hwy. 2 is Buffalo Pound Provincial Park, where 350 hectares (865 acres) are set aside as grazing land for a herd of buffaloes.

Things to Do Crescent Park 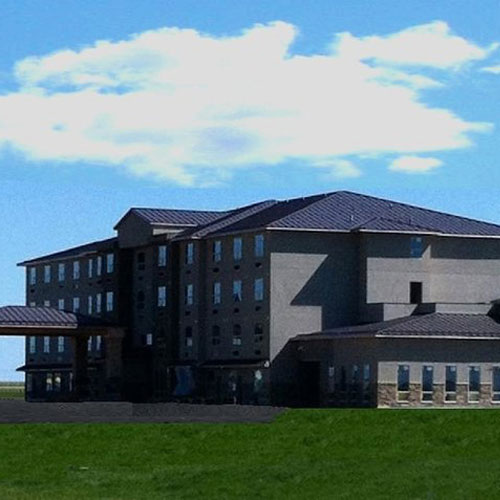