About NewarkThe site of several large prehistoric Native American mounds, Newark was founded in 1802 by a New Jersey man who named the new plot after his hometown. Like its namesake, Newark became a busy center of trade and industry, especially after the completion of the Ohio & Erie Canal in 1832 and the arrival of railroads in the 1850s.

A monument commemorating the canal's groundbreaking ceremony, presided over by New York governor DeWitt Clinton on July 4, 1825, is 3 miles south on SR 79. Also of interest is Cranberry Island on nearby Buckeye Lake in Buckeye Lake State Park. The island is a sphagnum bog that was formed at the end of the ice age; it contains various species of plants, including alder bush, sundew and poison sumac. Due to the island's fragile state, though, access is by guided tour only; phone (740) 929-1998.

Not to be missed by vaudeville, film and architecture buffs is the Midland Theatre, an opulent 1928 movie palace that reopened in 2002 following an 8-year, $8.5 million renovation and restoration. Marble columns, a gilded proscenium arch, and an alabaster chandelier suspended from an ornate medallion grace the interior of the Spanish motif, 1,200-seat structure at 36 N. Park Pl. Guided tours sometimes are available on a walk-in basis or by appointment. For a schedule of live and film offerings or for tour information phone (740) 345-5483.

The former Longaberger National Headquarters at 1500 E. Main St., a seven-story replica of a Longaberger market basket, will surely catch your eye.

Things to Do The Dawes Arboretum

The Works: Ohio Center for History, Art and Technology 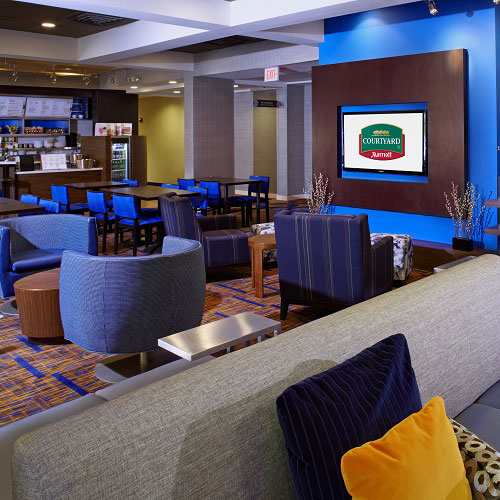