About NorfolkWhere important military battles once raged, maritime attractions and cultural sites now stand. Inscriptions from letters written by U.S. service people who lost their lives in war are cast on 20 thin bronze sheets scattered about the Armed Forces Memorial . The touching tribute overlooks the Elizabeth River and is connected to Town Point Park by two bridges.

Seven-acre Town Point Park contains the Waterside District, where there are local restaurants, a food hall and entertainment. Town Point Park hosts numerous outdoor concerts and festivals throughout the year, including the Norfolk Harborfest and the Bayou Boogaloo and Cajun Food Festival in June, the Norfolk Waterfront Jazz Festival in mid-July and mid-October's Spring Town Point Virginia Wine Festival .

Norfolk’s PrideFest, held near the waterfront in summer, attracts thousands of people for a weekend of games, live music, a family fun park, a block party and a boat parade.

The creations of local artisans can be found on several downtown streets. The Mermaid Heart and Art Walking Trail features mermaid sculptures depicting the city's culture and heritage.

From April through September catch a baseball game at Harbor Park. The home park of the Norfolk Tides, the Baltimore Orioles AAA affiliate, is located downtown on the Elizabeth River.

A convenient way to get around Norfolk is The Tide, Virginia's first light rail system. The 7.4-mile route stretches between the Eastern Virginia Medical Center complex in the west to Newtown Road in the east. One-way fare is $1.75; 75c (senior citizens); free (ages 0-17 with adult). A 1-day GoPass is $4. Phone Hampton Roads Transit at (757) 222-6100 for more information.

Self-guiding ToursA brochure detailing Norfolk's Civil War heritage is available from VisitNorfolk. The self-guiding tour covers such sites as Fort Norfolk, occupied by Confederate troops 1861-62, and the Freemason Historic District. Visitors also can pick up maps and information about other self-guiding tours such as Waterways to Freedom and Cannonball Trail.

ShoppingNorfolk's pre-eminent shopping mecca, the MacArthur Center (300 Monticello Ave.), is in the heart of downtown. The huge, three-level mall has Dillard's as an anchor. With 1 million square feet of shops, there are plenty of choices for even the pickiest of buyers, including a number of pop-up shops. The Apple Store and H&M are among the 140 retail offerings and services.

The Historic Ghent district along Colley Avenue and Granby and 21st streets is a shopper's delight. The historic character of stately turn-of-the-20th-century homes and tree-lined streets blends well with comfortable bungalows, apartment buildings and newly converted condominiums. Add to this mix an assortment of antiques dealers (centered around Granby and 21st streets), chic boutiques, cafes and restaurants and it's easy to understand why this diverse neighborhood is one of Norfolk's most popular areas. If all that shopping makes you hungry, head to one of Ghent's favorite eateries, Doumar's Cones & Barbecue (1919 Monticello Ave.). Abe Doumar, the drive-in's original owner, was among several entrepreneurs who claimed to have invented the ice cream cone at the 1904 St. Louis World's Fair; Doumar's family still uses a machine from 1905 to hand-roll cones.

If you're in the market for a piece of original art, head to the NEON District, a hot spot for artistic types. That's the location of the d'ART Center (740 Duke St.), where resident artists create paintings, glassworks, jewelry and ceramics; phone (757) 625-4211.

NightlifeDowntown Norfolk, and Granby Street, also known as “restaurant row,” is where you'll find a concentration of Norfolk's nightlife scene. Monticello Street also has its share of nightspots. Have a nice meal (there's an abundance of restaurants to choose from as well), then take a stroll down the street and see what looks appealing. There are plenty of places to dance ’til you drop or just stop in for a drink or two.

Despite its sketchy-sounding name, Hell's Kitchen (124 Granby St.) is a great place to go for some local flavor and alternative and rock music. It's not as fancy as many of the other Granby Street nightspots, and its black floors and brick accent walls contribute to its edgy vibe; phone (757) 624-1906.

At The NorVa (317 Monticello Ave.), you can catch some of the best concerts in Norfolk; there's something going on almost every night. The venue, built as a theater in the 1920s (notice the old marquee out front), now hosts local and national music acts representing all genres. Phone (757) 627-4547. 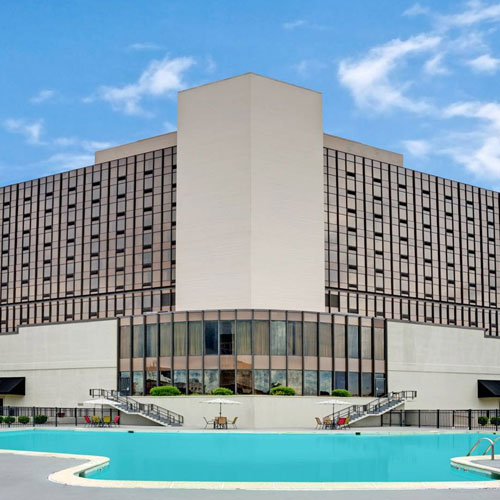