Unpaved roads off US 101 include Deer Park Road, east of Port Angeles, not for use by trailers or recreational vehicles; Queets Road, east of Queets; Staircase Road, west of Hoodsport; and Dosewallips Road (closed due to washout; accessible only on foot or bicycle), west of Brinnon. All of these roads end fewer than 20 miles into the park; due to rugged terrain and to preserve the wilderness, no roads pass through the park's interior.

Olympic National Park is a scenic wilderness of 922,650 acres extending from glacier-clad mountains to ocean shore. Ranging between these borders are coniferous rain forests, glaciers, lakes and streams as well as 73 miles of unspoiled coastline. The wilderness area encompasses the interior of the Olympic Peninsula, between Hood Canal on the east and the Pacific Ocean on the west.

Mount Olympus, at 7,980 feet, is the highest of the park's mountains, which rise within 35 miles of the coast. The range is extremely rugged, with spectacular cliffs and crags and deep, forested valleys. On the upper slopes are glaciers unusual for their formation at such a relatively low elevation and latitude.

Magnificent stands of Sitka spruce, Douglas fir, western hemlock and western red cedar cover the lower mountainsides. On the upper slopes near the timberline, Alaska cedar, mountain hemlock and subalpine fir intermingle with alpine meadows. More than 600 miles of trails run through virgin forests and along stream banks in narrow valleys to ridgetops and mountain passes.

Snowfall might make passage on some trails difficult; check with the visitor centers and ranger stations in the park. Only experienced mountain climbers should attempt to scale the park's challenging peaks. The Olympic high country can be reached by automobile only from the north side where roads lead to subalpine meadows at Deer Park and Hurricane Ridge.

Rainfall averaging some 140 inches annually nourishes a lush temperate rain forest in the western valleys of the park. The most interesting of these centuries-old forests are found in the valleys of the Hoh, Quinault, Bogachiel and Queets rivers.

The area teems with wildlife. Of the 6,500 elk estimated to inhabit the peninsula, 5,000 are in the park, chiefly on the western slope of the mountains. Blacktail deer and many smaller mammals are common throughout the park. Hunting is prohibited. Among the great variety of birds in the park is the bald eagle. 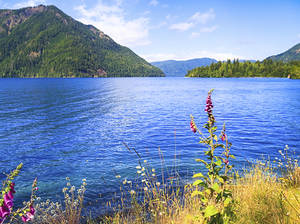 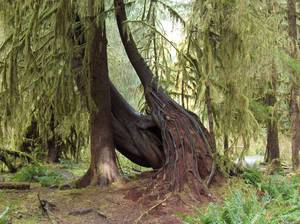 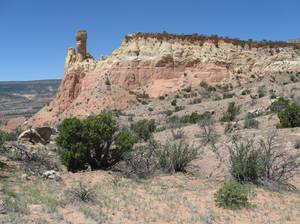