There’s no denying the rugged majesty of the Olympic Mountains, but perhaps the most primeval of Olympic National Park’s varied wilderness areas are the temperate rain forests of the Hoh, Queets and Quinault river valleys. Here time stands still—these forests look essentially the same as they did 5,000 years ago—even though the components of mountain, river, forest and ocean form a dynamically functioning and intricately interdependent ecosystem.

Rainfall, of course, makes a rain forest possible, and moisture-filled Pacific weather systems dump more than 140 inches of precipitation annually on the west-facing valleys of the Olympics. The other weather-related factor supporting a true rain forest is uniformity. In addition to fostering damp, humid conditions, the mountains to the east protect the Olympic Peninsula’s coastal areas from severe weather extremes: The temperature seldom falls below freezing or rises above 80 degrees.

The result is a riot of vegetation, although not the sort one associates with the equatorial rain forest of, say, the Amazon basin. The old-growth forests of the Pacific Northwest exist in a narrow coastal strip extending from southern Alaska to northwestern California. Time passes very slowly in this ecosystem. Trees, therefore, live for centuries and grow to enormous sizes. In fact, the biomass—the total weight of all living organisms—of North America’s temperate rain forests exceeds that of their tropical equivalents.

Olympic National Park’s rain forests are dominated by two conifers, Sitka spruce and western hemlock. The world’s largest variety of spruce has a tall, straight trunk and a broad crown of horizontal branches covered with sharp-pointed, dark green needles. Western hemlock is one of the most frequently seen trees in the park; it favors flat areas and low slopes where the soil is moist. The coniferous mix also includes Douglas fir and western red cedar. A common rain forest deciduous tree is the bigleaf maple, known for its large leaves (6 to 10 inches long) and blazing yellow fall color. In contrast, the vine maple is a short, shrubby tree with twisting branches. A common under-story plant, its leaves turn bright orange or red in the fall.

The damp, humid environment also nurtures a rich growth of epiphytes (plants that grow on other plants without deriving nutrition from them) and saprophytes (plants lacking in chlorophyll that live on dead organic matter). The variety of mosses, lichens, liverworts, ferns, mushrooms and ground covers is amazing. This untouched wilderness has the look of an impeccably manicured park—as if Mother Nature had artfully placed each fern, mossy tree trunk and lichen-covered branch for maximum visual impact.

Plants face their own challenges. Because of the fierce competition for space, many seedlings germinate in the crevices of fallen or decaying trees, sending their roots down to the ground as they grow. Eventually the “nurse logs” rot away, leaving behind a row of healthy young trees. Fallen trees get swept into rivers, creating pools for salmon. The salmon in turn provide food for other animals. Constant scavenging helps keep the exuberant plant life in check. And on and on it goes in the rain forest's never-ending life cycle. 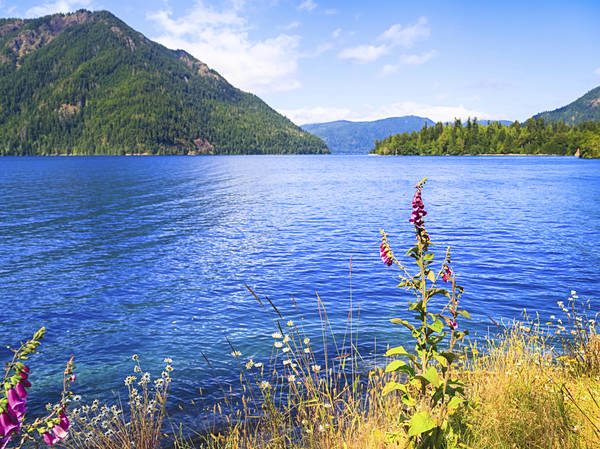 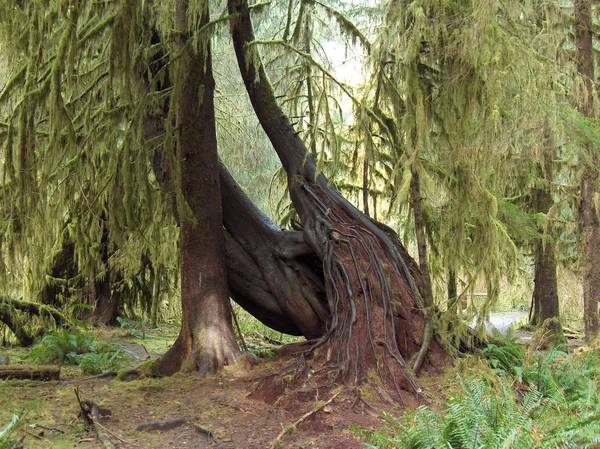 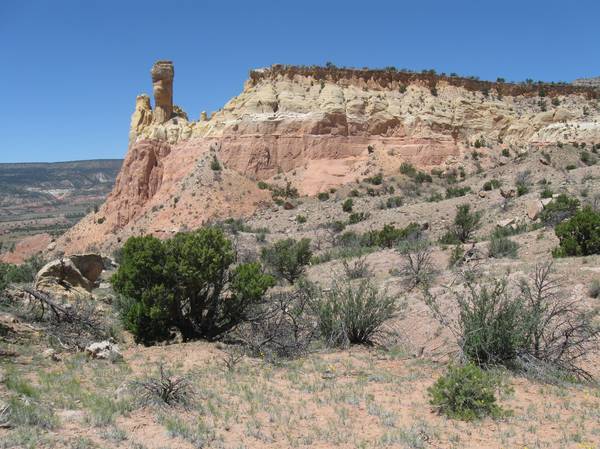