About OurayThe town draws its name from the Ute chieftain Ouray (you-RAY). Before the miners arrived, the Native Americans came to the area to enjoy the hot springs. The first silver strike was made in 1875. The politics, foibles and personalities of the mining camps were lambasted in the Solid Muldoon; the paper became one of the most widely quoted of the time—even Queen Victoria of England was a subscriber.

Not silver but gold stabilized the community after the Panic of 1893. The wealth that poured from Tom Walsh's Camp Bird Mine amounted to $24 million 1896-1902. The fortune bought the family a place in Washington, D.C., society and daughter Evalyn the Hope Diamond. Mining has long since given way to year-round tourism as the leading factor in Ouray's economy.

The springs once enjoyed by the Native Americans now feed the outdoor Ouray Hot Springs Pool; for more information phone (970) 325-7073.

Ouray is the halfway point along the San Juan Skyway, Colorado's first scenic byway. The town also marks the northern terminus of the byway known as the Million Dollar Highway. The surrounding San Juan and Uncompahgre national forests are popular with four-wheel-drive enthusiasts and feature hundreds of hiking trails.

Self-guiding ToursInformation about a self-guiding historic walking tour of Ouray is available from the visitor information center at the resort association.

Things to Do Bachelor-Syracuse Mine 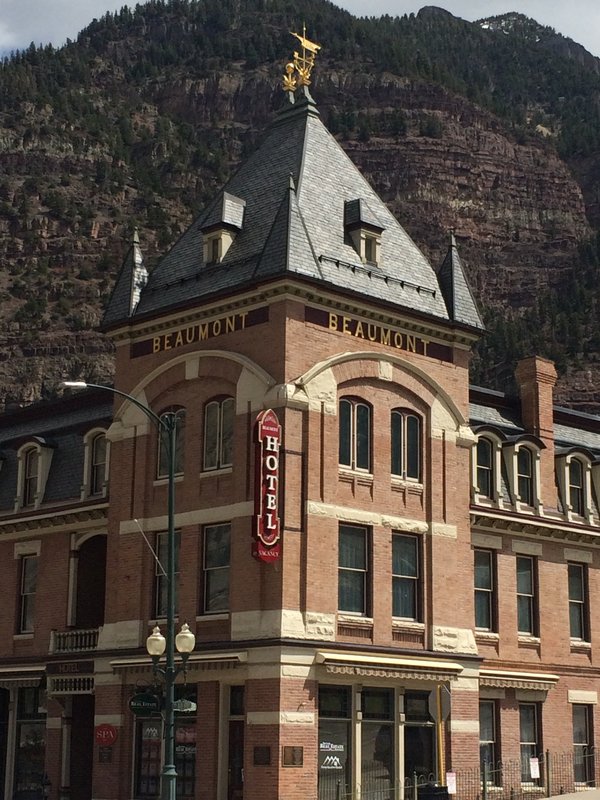