There's no better spot in America to feast on Pennsylvania German cuisine, and the folks in Amish Country celebrate food and drink at a number of festivals throughout the year. In early September the Whoopie Pie Festival in Ronks honors the tasty dessert—creamy icing spread between two soft chocolate cakes—with a whoopie pie treasure hunt, amateur eating contest, a creative pie-making contest, and—best of all—the whoopie pie long-distance launch. See whose pie can fly the farthest! At Hans Herr House in Willow Street, apples are at the core of the Maize & Snitz Fest Colonial-period harvest festival in October. Costumed interpreters demonstrate cider pressing and apple butter making, which begins with snitzing (slicing the apples thinly so they'll cook). You can also explore the orchards surrounding the house and partake of numerous demonstrations. In early October the aroma of cocoa wafts through town during the Lititz Chocolate Walk . More than 25 chocolate-tasting stations tempt with sweet treats created by local candy makers and pastry chefs. (Stroll and sample, stroll and sample.) Ticket proceeds help local charities.

It wouldn't be German heritage without beer, and a number of festivals give a nod to barley and hops. Lancaster Liederkranz German Oktoberfest comes to Manheim on the third weekend in September, and Stoudt's Brewery Oktoberfest takes place in Adamstown in October.

Hobbyists and collectors flock to Strasburg, home of the Choo Choo Barn, Traintown, U.S.A. and The National Toy Train Museum . As you might expect, the town plays host to a number of railroad events, and Reading Railroad Days in early July attracts many to honor the heritage of the Pennsylvania Railroad.

The Pennsylvania Renaissance Faire takes place in Manheim from early August to late October. Immerse yourself in the 16th century with costumed knights, lords and ladies, and enjoy entertainment by such court performers as jousters, minstrels and troubadours. Attendees are encouraged to arrive at the 35-acre, 19th-century Mount Hope Estate adorned in their finest Renaissance garb.

Harvest festivals abound in the fall, including events honoring specific crops (rhubarb, apples and pumpkins, to name a few). In October, Lancaster plays host to Harvest Days , with wagon treks to the pumpkin patch, scarecrow making and pumpkin decorating. Kids will believe the sign welcoming them to Paradise when they catch sight of Cherry Crest Adventure Farm , where a 5-acre corn maze is open from early July to mid-September. Zigzag your way through the carved cornfields along miles of paths and bridges using clues to find the exit. 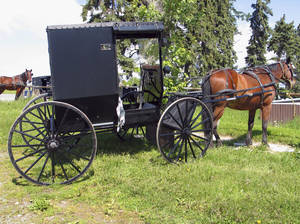 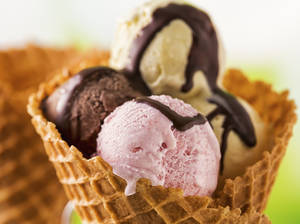 Fairfield Inn & Suites by Marriott Lancaster East at The Outlets