About Pinetop-LakesideLakeside originally was named Fairview in 1880 by Mormon pioneers. Pinetop, also founded by Mormons, began in 1878 with a sawmill and ranching on the open range of the White Mountains. Before tourism, logging and ranching were the mainstays of the area. The twin towns were incorporated in 1984 as a resort area.

Pinetop-Lakeside, on the edge of the White Mountain Apache Reservation, is 10 miles southeast of Show Low on SR 260 on the edge of Mogollon Rim. The elevation makes the area cool in summer for trout fishing, camping and other activities. Winter sports such as snowmobiling, skiing and ice fishing are popular in the Apache-Sitgreaves National Forests and on the reservation. Fishing also is permitted by fee on the reservation. 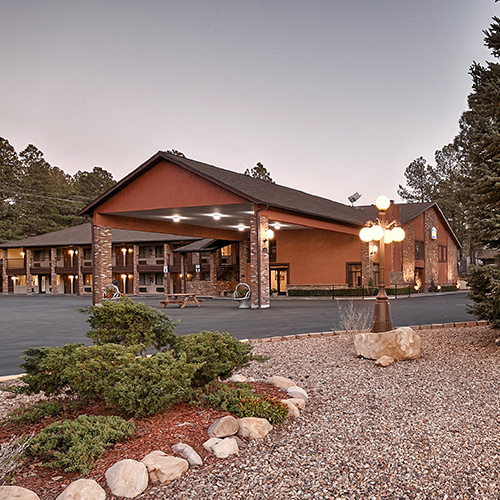